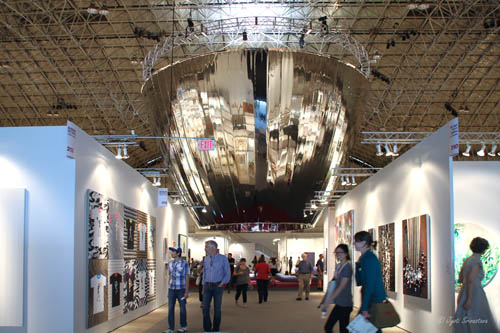 I went there with three objectives in mind
[1] To document this very important art event in Chicago, Expo Chicago is the city’s single largest International Art fair in a year.
[2] To see the sculptures in the fair, cause sculptures are my main interest.
[3] To document all the In-Situ installations, which for unknown reasons interests me a lot..

Though the exhibition was only for three days, a large number of activities were organized for the whole week, as part of city’s Expo Week [Sep 16-22].   I had only one day in my hand to make it to the fair, [Friday, Sep 20] and that day I was attending another important event, unveiling of the first art gallery by the Blue Man Group, click here, which was a part of Chicago Expo Week celebration! .

I thoroughly enjoying the exhibition!!!  One of the highlights was spotting Tony Karman, President,  Director of EXPO Chicago!  He obliged by allowing me to take his photo.. Then I met with many friends,  Mary O’Shaughnessy,  Charlie Van Gilder,  Julia Haw,  Jean Jacques Porret, Sam Marts and Bob Emser.. And when I came back home I realized that I had photographed Jaume Plensa! I did see some very interesting sculptures, and also photographed all the In-Situ installations, expect one, which was taken down from the exhibit, for reasons I am not aware of. One regret,  I missed the tour by Shamim M. Momin, which I could not make because the timing overlapped with the unveiling of new and first Art Gallery by the Blue Man Group. 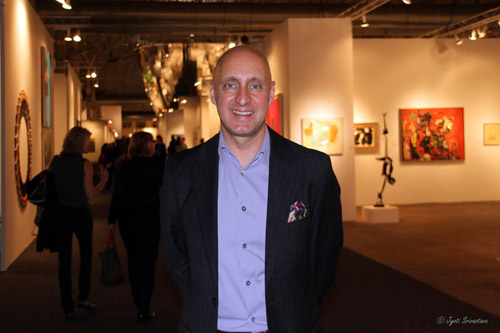 My Impressions on Expo Chicago, 2013 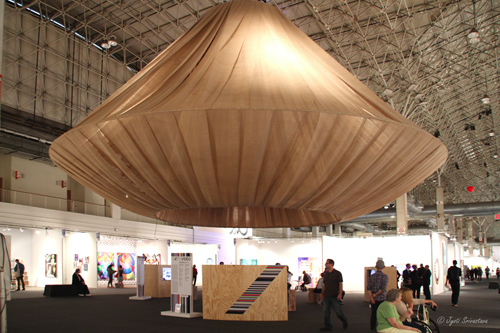 The first thing that caught my attention was the beautiful huge cones hanging from the ceilings. Three huge cones were suspended above the galleries. The layout for Expo Chicago was conceived by Jeanne Gang and Studio Gang Architects. The main highlights of the layout included..

The Monumental Cones or “frustums”…
The monumental cones suspended above the galleries reflect the art and activity below, while also creating individual enclosed atmospheres where patrons and rest and socialize. These colossal installations also serve to orient visitors and add optical flair to the space. 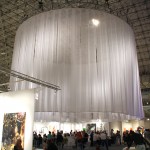 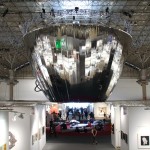 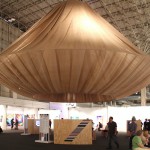 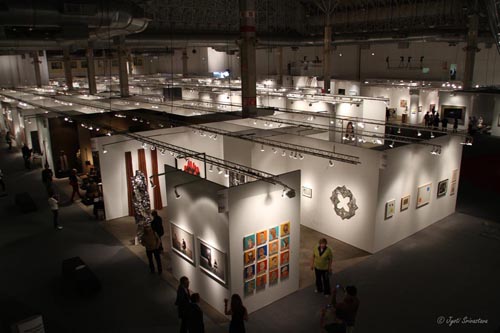 The gridded layout..
The floor plan, patterned after the city’s gridded streets and lined with exhibition spaces, enables visitors to view every gallery in sequence without losing their way. A diagonal “avenue” gives visitors the option to see selected work and installations along a single path. Built locations and amenities, including a chef’s kitchen, dining space, and lounges, punctuate the street grid, offering a range of opportunities to relax, eat, and drink, all within the exposition. 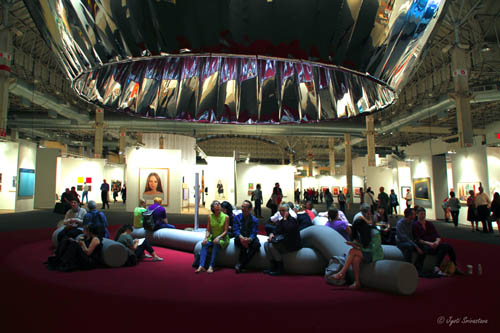 Bend – by Snarkitecture
Snarkitecture and Volume Gallery will also contributed to the layout and visitor experience of the exposition.. “Bend,” a series of upholstered foam cylinders that bend, twist and drape over one another to create a reconfigurable seating environment. Inhabiting a world between collapse and animation, the elongated cylindrical forms create a shifting landscape for relaxation.

The well thought out relaxing layout was perfect to enjoy the galleries. 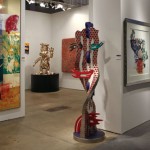 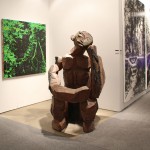 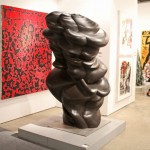