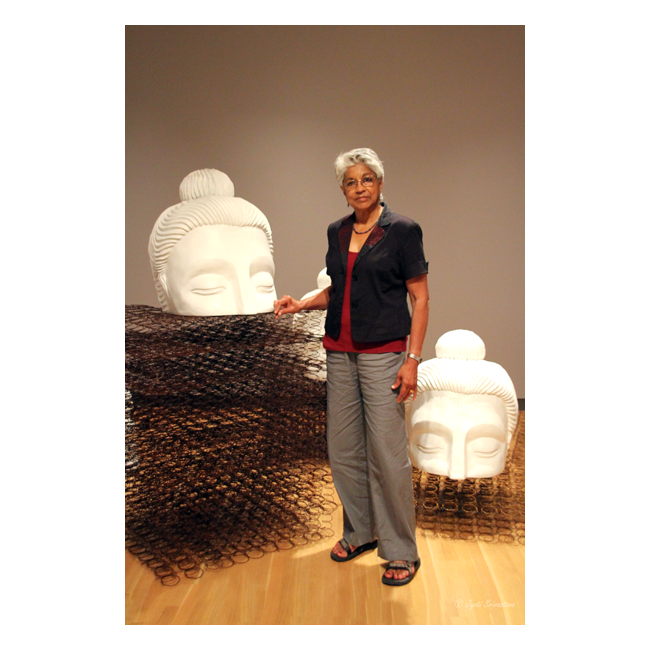 September 10, 2013: I met with the artist Indira Johnson at Loyola Museum of Modern Art [LUMA],
to see her exhibition “Ten Thousand Ripples”. It is a Public Art, Peace and Civic Engagement project. 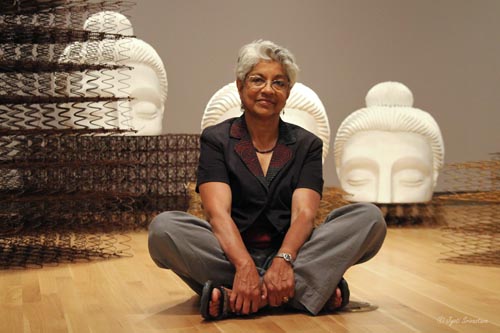 About the Project Ten Tousand Ripple by Indira Johnson

The image of Buddha is universally accepted as a symbol of peace and self- realization.  In Ten Thousand Ripple project,  100 sculptures of emerging Buddha, created by artist Indira Johnson;  have been placed in different parts of the city,  to spark conversations on peace in peoples lives and communities, duplicating the  “Ripple Effect” that a single pebble creates in a pond.  And  the sculptures are  definitely evoking responses..  as a five year Azarieae Martin from Hedges School said,  I like this project because I learned that peace comes from your heart and that peace means calm.

The inspiration for this project came from her exhibit of emerging Buddha sculpture at Chicago Cultural Center. Many visitors told her about a sense of peace they felt. This made the artist wonder about people reaction if such sculptures were located in public spaces, storefronts and abandoned lots.  But a large scale project needed funds. In 2010, a leading grant came from Richard H. Driehaus Foundation. And then, in 2011, Changing Worlds partnered with Johnson to serve as the project’s lead agency. As the project began to move forward, nine Chicago area neighborhoods stepped up to take part from South Chicago  to Evanston and Rogers park in northernmost border.

The nine participating communities are .. Albany Park, Back of the Yards, Evanston, Little Village, North Lawndale, Pilsen, Rogers Park, Uptown and South Chicago. Each of these communities received 10 sculptures and they decided how to place them. Now 5 of these will remain with the communities and 5 are coming back, which are now being exhibited at Loyola Museum of Modern Art [LUMA]

Yesterday, September 10, 2013, I met with the artist Indira Johnson at LUMA. The images here are from this meeting… 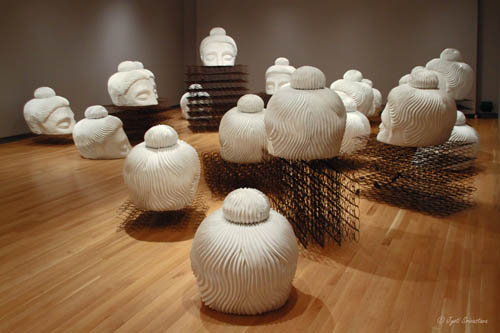 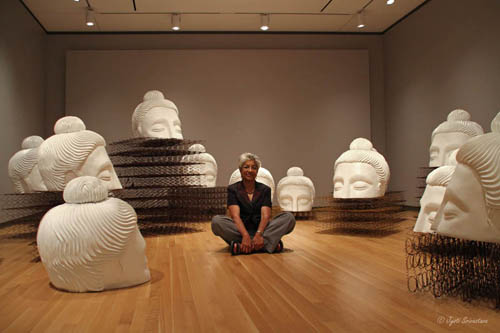 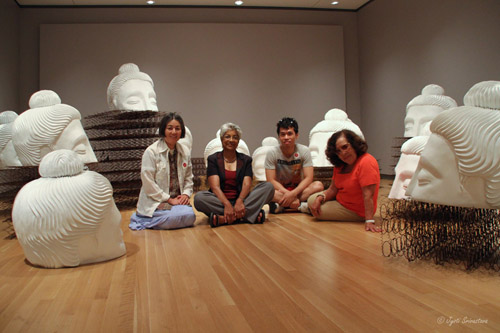 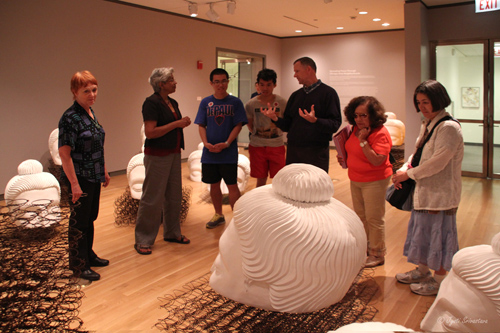 Snippets of my conversation with Indira Johnson, the artist behind the project Ten Thousand Ripples. We had a very long conversation, this is a small proportion of it. We have some things in common. Although Indira Johnson is now settled in Evanston, she comes from Mumbai, India. After getting married, I have spent 8 years in Mumbai, before coming to Chicago in 2001.

No Comments to “2013 Exhibit: Ten Thousand Ripples – by Indira Johnson”