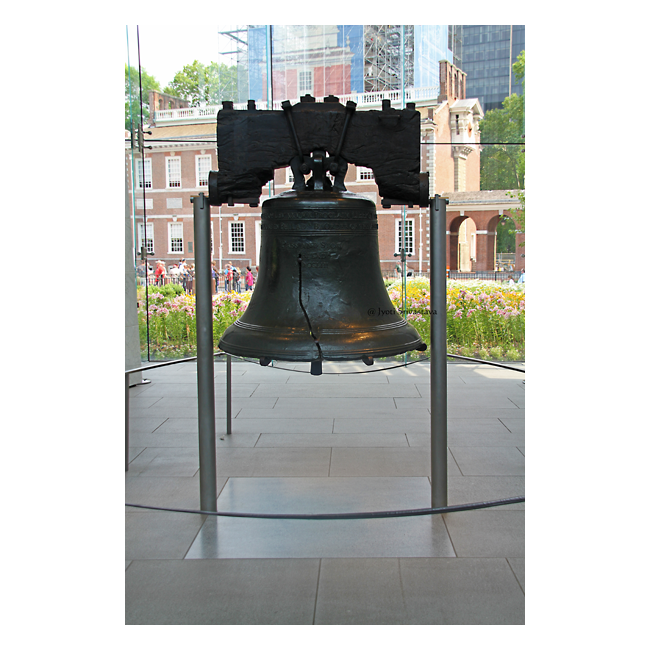 Independence Hall in Philadelphia, of Pennsylvania.

Considered to be the Birthplace of United States of America.

In 1979 UNESCO inscribed Independence Hall in the World Heritage List. 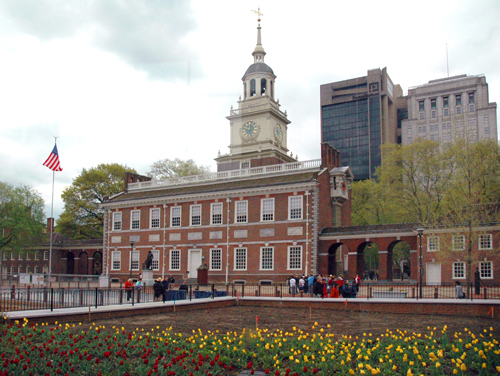 Personal Note: When we, my niece Rini Sinha and I,  visited Philadelphia in 2011, the building was undergoing renovation and was covered with scaffolding. So I am using the above image from Wikimedia Commons. Also it was just a day trip. We reached very late and by 5 pm everything was closed. We did get to visit  the Liberty Bell Center, but saw the Independence Hall only from outside. So the post has more on the Liberty Bell and less on Independence Hall.

The World Heritage Site highlights its Importance..
Although conceived in a national framework and hence of fundamental importance to American history, the universal principles of freedom and democracy set forth in these documents were to have a profound impact on lawmakers and political thinkers around the world. They became the models for similar charters of other nations, and may justly be considered to have heralded the modern era of government.

The building was designed by Andrew Hamilton to house the Assembly of the Commonwealth (colony) of Pennsylvania. Independence Hall is important not for its architectural design but for the documents of fundamental importance to American history drafted and debated here that formed the democracy of the United States. The building has undergone many restorations, notably by Greek revival architect John Haviland in 1830, and by a committee from the National Park Service in 1950, returning it to its 1776 appearance. 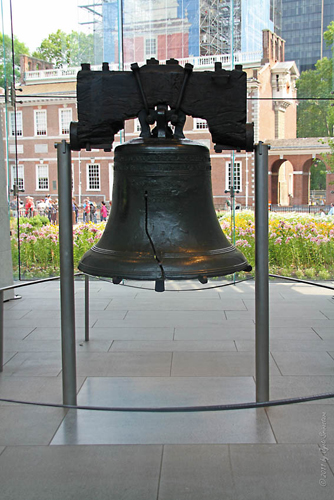 LIBERTY BELL: The Liberty Bell was originally called the State House bell, and rang in the tower of the Pennsylvania State House, which is now called the Independence Hall. The bell, however, has cracked twice and stands silently on the ground in a special shelter called Liberty Bell Center. A reproduction of the original bell now hangs in the steeple.

History of Liberty Bell: Speaker of the Pennsylvania Assembly Isaac Norris first ordered a bell for the bell tower in 1751 from the Whitechapel Foundry in London. That bell cracked on the first test ring. Local metalworkers John Pass and John Stow melted down that bell and cast a new one right here in Philadelphia. It’s this bell that would ring to call lawmakers to their meetings and the townspeople together to hear the reading of the news. It’s not until the 1830’s that the old State House bell would begin to take on significance as a symbol of liberty. In the early 1840s, after nearly 90 years of hard use, the Liberty Bell developed a narrow split. In 1846, when the city decided to repair the bell prior to George Washington’s birthday holiday (February 23), metal workers widened the thin crack to prevent its farther spread and restore the tone of the bell using a technique called “stop drilling”. The wide “crack” in the Liberty Bell is actually the repair job! But, the repair was not successful. Another crack developed. Now the Bell stands in the Liberty Bell Center. It is not used for ringing, but has become a huge tourist attraction. 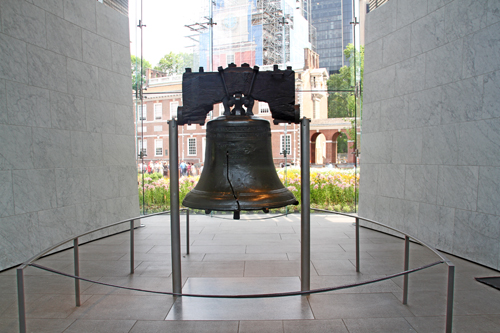 Liberty Bell with Independence Hall in the backdrop 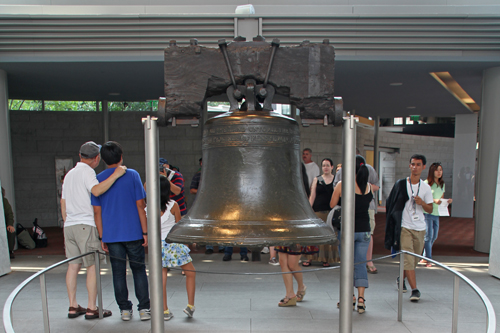 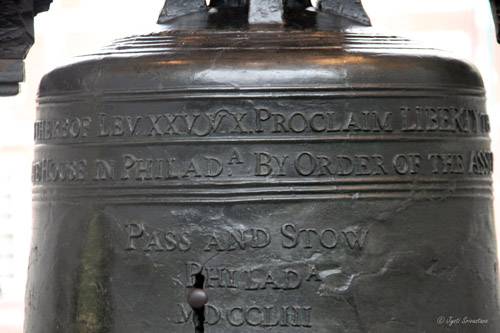 Bell Facts: The bell weighed 2,080 lbs. at order. It is made of bronze. It’s 70% copper, 25% tin and contains small amounts of lead, gold, arsenic, silver, and zinc. The bell’s wooden yoke is American elm, but there is no proof that it is the original yoke for this bell. While there is evidence that the bell rang to mark the Stamp Act tax and its repeal, there is no evidence that the bell rang on July 4 or 8, 1776.

Signal to Symbol: This State House bell is no longer used for its original purpose, but it has now become an extraordinary symbol of Liberty! Abolitionists, women’s suffrage advocates and Civil Rights leaders all took inspiration from the inscription of Liberty on this bell. 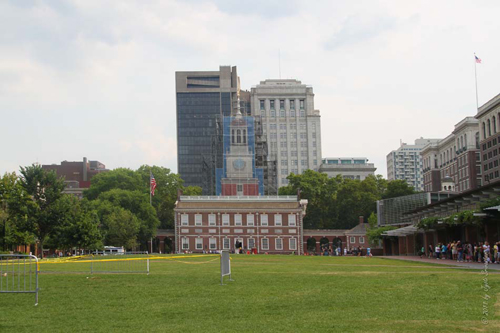 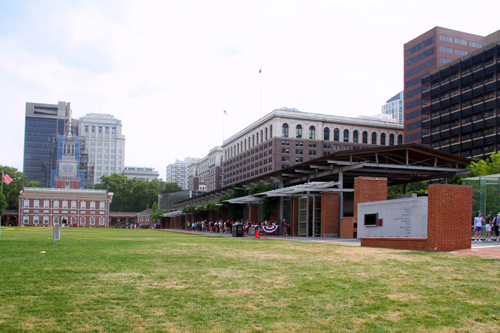