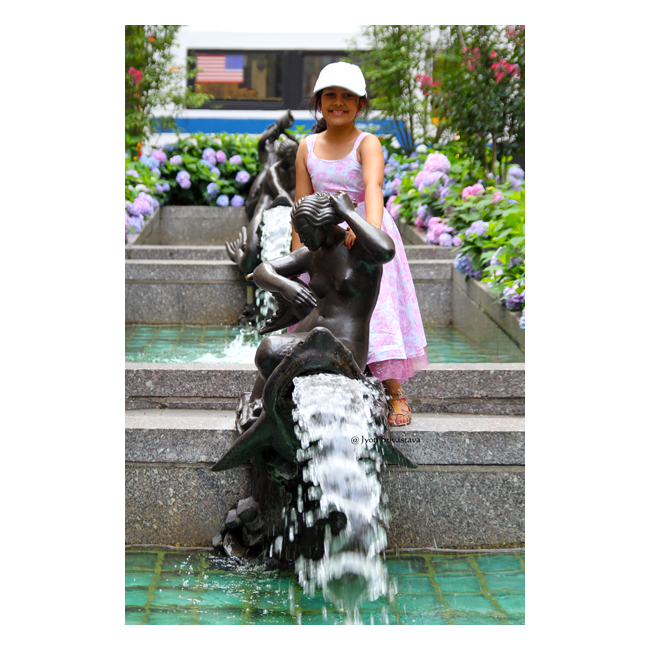 Rockefeller Center with its Art Deco artwork – murals, sculptures and architecture – blew me away!
The most impressive were: “Prometheus and Mankind” by Paul Manship, “Atlas” by Lee Lawrie and the sculptural group at Channel Gardens by Rene Paul Chambellan. 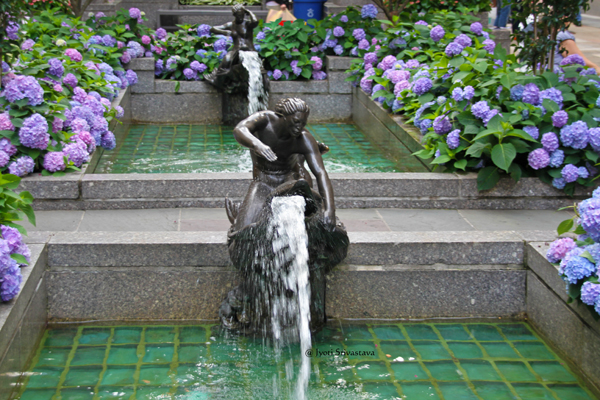 CHANNEL GARDENS: These separates La Maison Française (610 Fifth Avenue) from the British Empire Building (620 Fifth Avenue), just as the English Channel separates the two countries in whose honor the buildings were named. The Channel Gardens has six pools. Each has a large fountainhead sculpture, designed by Rene Paul Chambellan, at its eastern end. Fountainhead sculptures represent female figures Nereids and male figures Tritons.

TRITON and NEREIDS : is a mythological Greek god, the messenger of the big sea. He is the son of Poseidon and Amphitrite, god and goddess of the sea respectively. The Nereids, in Greek mythology, are sea nymphs, the fifty daughters of Nereus and Doris. They often accompany Poseidon and can be friendly and helpful to sailors fighting perilous storms.

The six fountainhead sculptures are.. Triton: Leadership, Nereid: Will, Nereid: Thought, Nereid: Imagination, Triton: Energy and Triton: Alertness. These were installed in 1935. Cast in bronze, each sculpture is about 3 feet high. 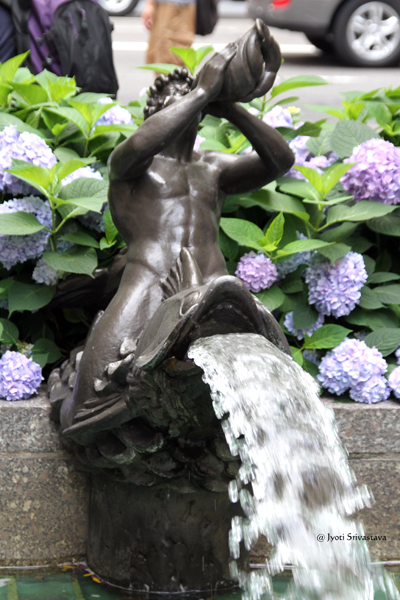 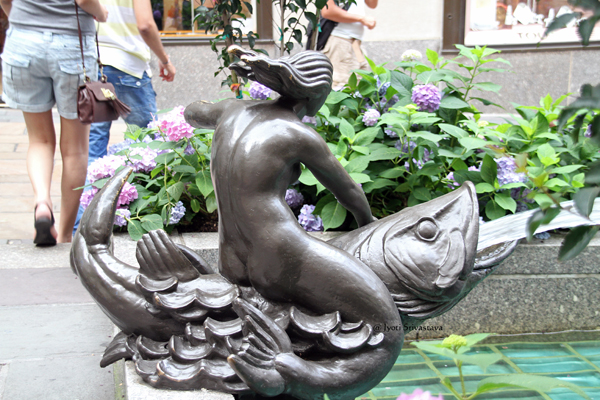 Nereid: Will – by Rene Paul Chambellan 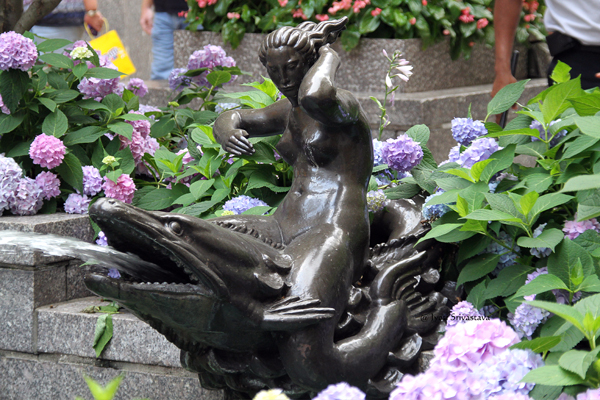 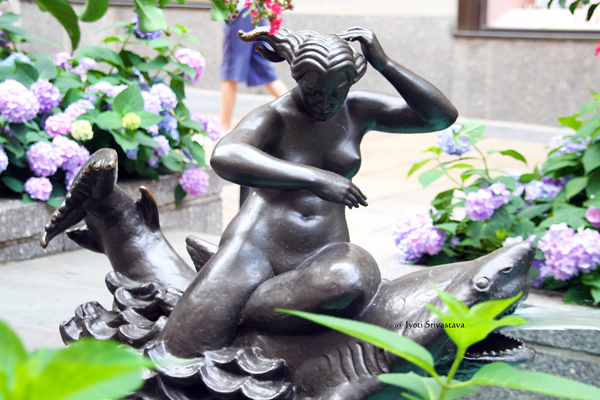 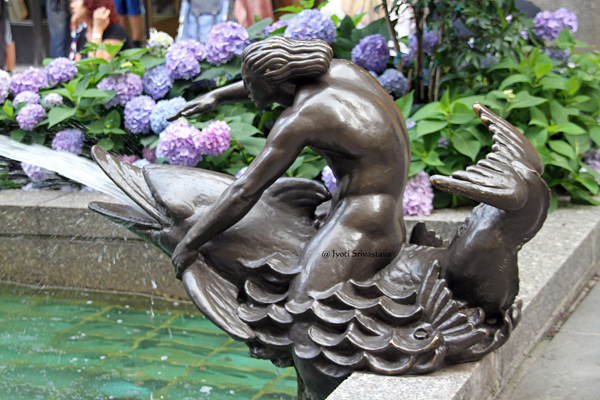 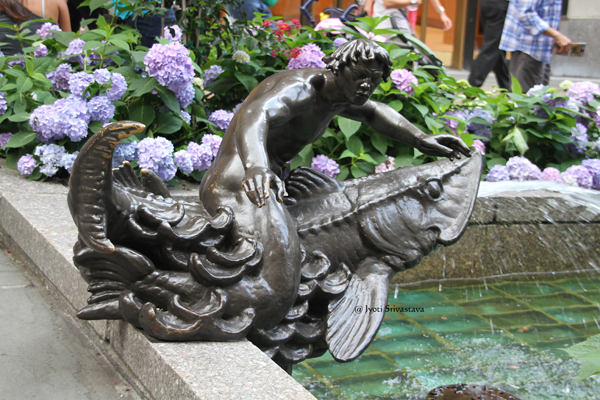 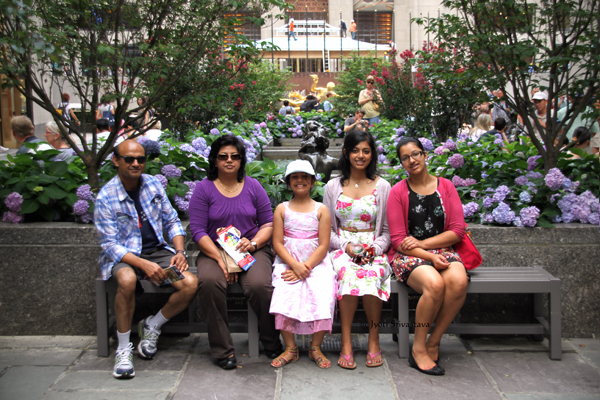 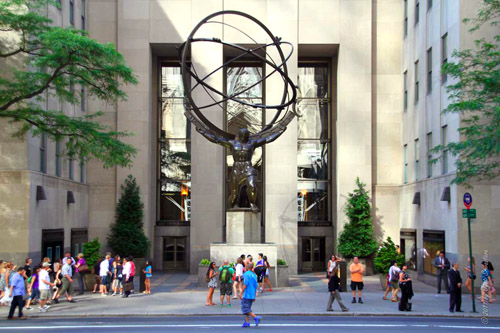 Very close to the Channel Gardens is the famous, “Atles” by Lee Lawrie and Rene Paul Chambellan. The 15-foot high is placed on a 9-foot granite pedestal and weighs 7 tons. Atlas is a successful collaboration between two talented artists, Lee Lawrie, who conceived the idea and designed the figure and Rene Paul Chambellan, who modeled the heroic-sized statue from his sketch. A famous figure from Greek mythology, Atlas was half-man, half-god giant known as Titan, who helped lead a war against the Olympic gods. After the Titan’s defeat, Atlas was condemned to carry the world on his shoulders as punishment. Atlas is one of Rockefeller’s greatest Art Deco icon and has even been used on U.S. postage stamps.
I have covered Atlas separately .. click here..