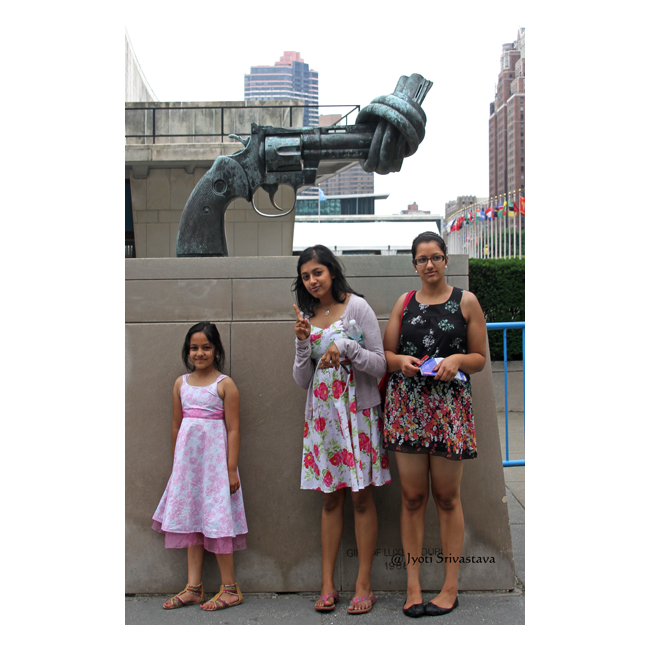 Non-Violence is a bronze sculpture by Swedish artist Carl Fredrik Reuterswärd of an oversized Colt Python .357 Magnum revolver with a knotted barrel and the muzzle pointing upwards. It was originally created as a memorial tribute to the legendary singer and songwriter John Lennon, after he was shot and killed outside his home in New York City on December 8, 1980.

There are currently 16 copies of the sculpture around the world, ten of them in Sweden. 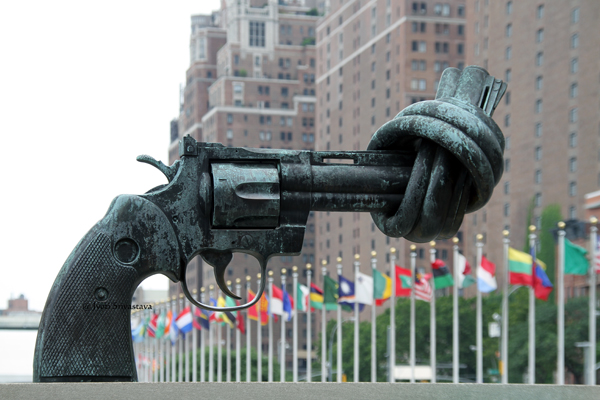 The famous sculpture is one of the first artworks seen at the UN on the outdoor Plaza at the UN Visitors Entrance on 46th Street and 1st Avenue.

Reuterswärd made this sculpture after his friend, the singer and peace activist John Lennon, was shot dead in 1980. Yoko Ono asked him to commemorate Lennon.

The bronze sculpture, Non-Violence, is of a giant Colt Python .357 Magnum revolver with a knotted barrel and the muzzle pointing upwards

Initially, the sculpture was placed in the Strawberry Fields memorial in Central Park, New York, across the street from where Lennon and Yoko lived.

In 1988, the Government of Luxembourg donated the bronze sculpture to the United Nations.

It was placed outside the United Nations headquarters in New York and Kofi Annan, the UN Secretary General and Nobel Peace Laureate, said: “The sculpture Non-Violence has not only endowed the United Nations with a cherished work of art; it has enriched the consciousness of humanity with a powerful symbol that encapsulates, in a few simple curves, the greatest prayer of man; that which asks not for victory, but for peace.”

There are 30 copies of the non violence sculpture around the world, ten of them in Sweden, and one in Beijing. The UN sculpture is the original.

Swedish artist Carl Fredrik Reuterswärd, best known for his sculpture of a revolver with a knotted barrel, died recently on May 3, 2016, aged 81. 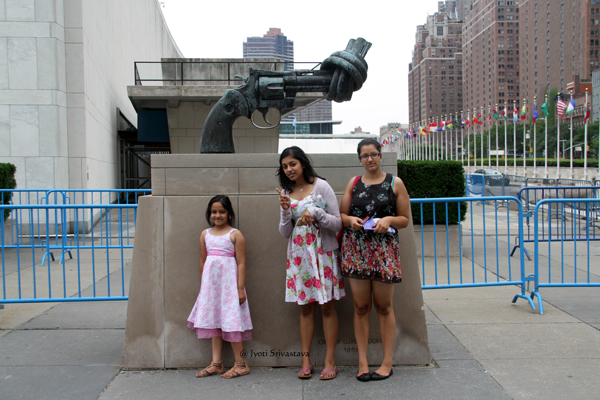 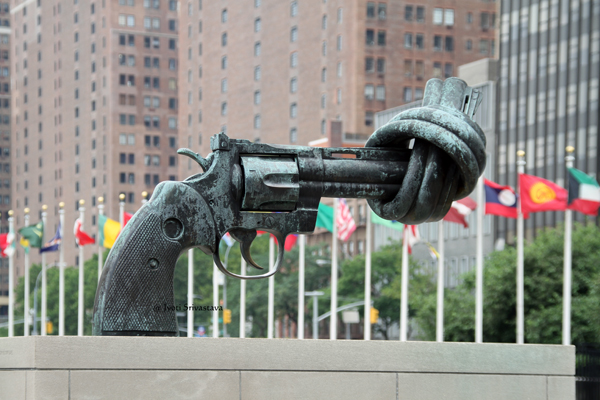 More at the Headquarters of the United Nations, New York City. 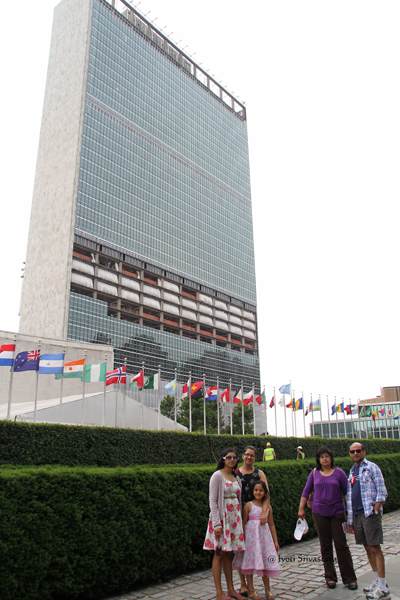 Notice the Indian flag at headquarters of the United Nations. 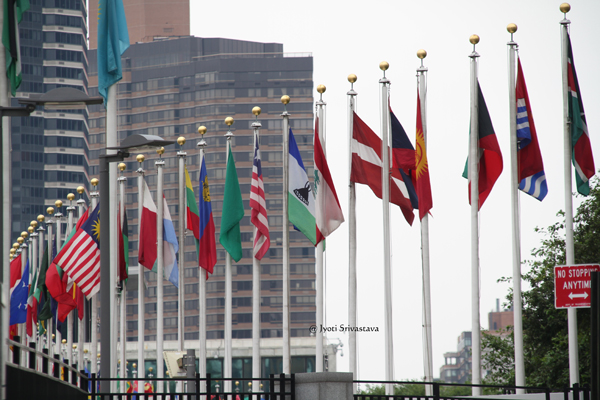 Headquarters of the United Nations 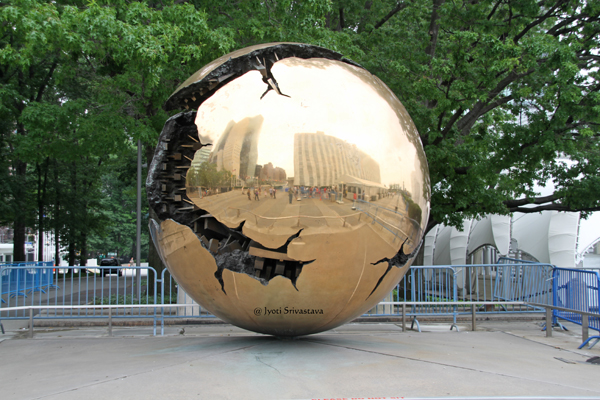 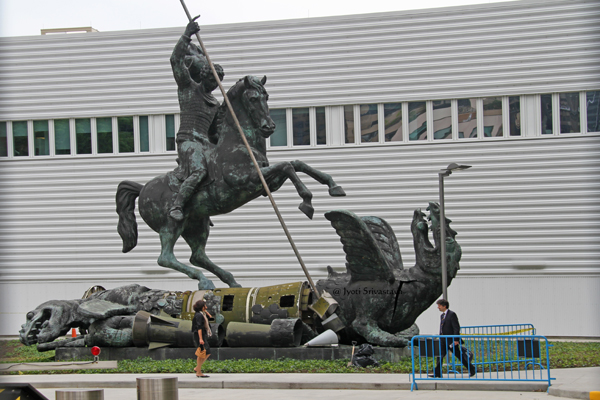 Good Defeats Evil – by Zurab Tsereteli [1990]..
Good is represent by St. George and Evil by Dragon. The dragon’s body is made up of US and Soviet missiles [American Pershing II missile and Soviet SS 20 missile] Gift of Soviet Union..

There are many more sculptures in the UN plaza, but I could photograph only these..