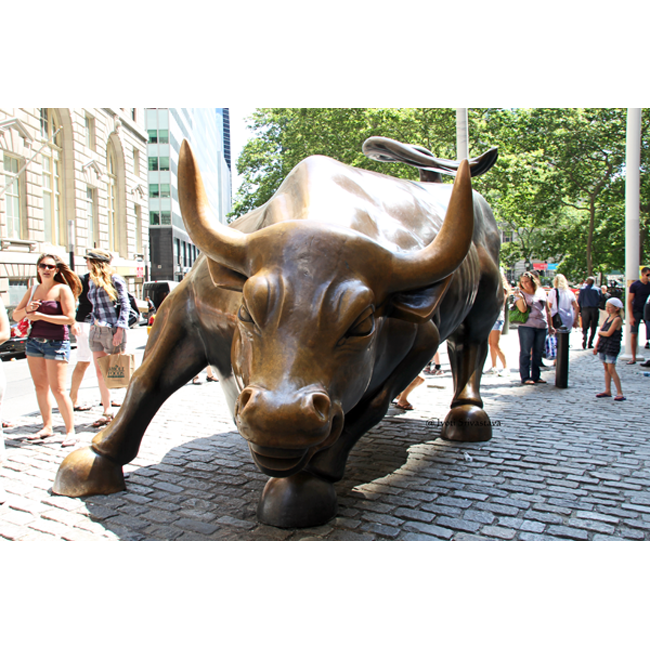 Charging Bull, is one of the most iconic images of New York and a “Wall Street icon”. It stands in Bowling Green Park in the Financial District in Manhattan, New York City, and is sometimes referred to as the Wall Street Bull or the Bowling Green Bull. Originally guerilla art, by Arturo Di Modica, its popularity led to it being a permanent feature. 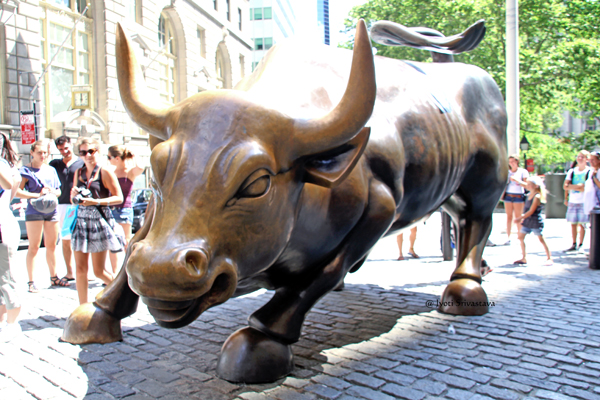 This iconic Charging Bull is one of my favorite sculptures..
I love the look of it, and the very interesting story behind it..
It was a Christmas Gift to the people of New York City by the sculptor Arturo Di Modica after the 1987 stock market crash. Modica said that he was inspired by the 1987 stock market crash to create the bull, selling his family farm in Sicily to help fund the project. Di Modica spent some $360,000 to create, cast, and install the sculpture as a symbol of the “strength and power of the American people.” The sculpture was the artist’s idea, not the city’s. In an act of “guerrilla art”, he trucked it to Lower Manhattan and on December 15, 1989, installed it beneath a 60-foot Christmas tree in the middle of Broad Street in front of the New York Stock Exchange as a Christmas gift to the people of New York.   That day, crowds came to look at the bull, with hundreds stopping to admire and analyze the gift as Di Modica handed out copies of a flier about his artwork. But because it had no permit it was removed by police. So great was public support for the sculpture that on Dec. 20, the New York City Department of Parks & Recreation arranged for the bull to be installed in Bowling Green, the city’s oldest park. As soon as the sculpture was set up at Bowling Green, it became “an instant hit”.

From wikipedia.. click here..
Since New York City does not own the sculpture, it has a technically temporary permit allowing it to stand on city property, but the temporary permission has lasted since 1989, when city officials said the new location would not be permanent. Art on loan is usually limited to a year’s display. Although the city does not buy art, it accepts donations. A writer in the New York Daily News wrote in 1998 that the statue’s placement was “beginning to look a mite permanent”.

Interesting trivia, also from wikipedia..
Di Modica continues to own the copyright to the statue. In 2006, Di Modica sued Wal-Mart and other companies for illegally benefiting from his copyright, by selling replicas of the bull and using it in advertising campaigns. In 2009, Di Modica sued Random House for using a photo of the bull on the cover of a book discussing the collapse of financial services firm Lehman Brothers. 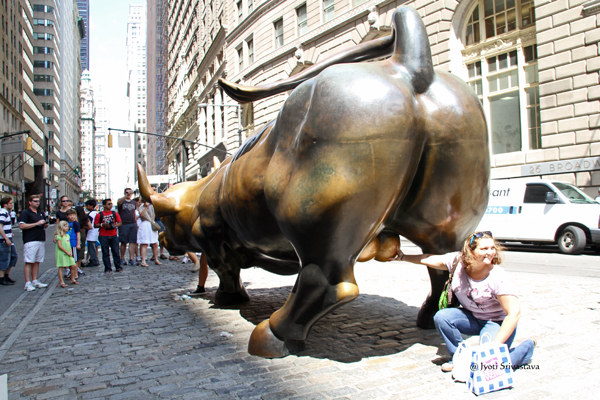 Charging Bull – by Arturo Di Modica / You’ve got to rub the nose, horns and testicles of the bull for good luck. 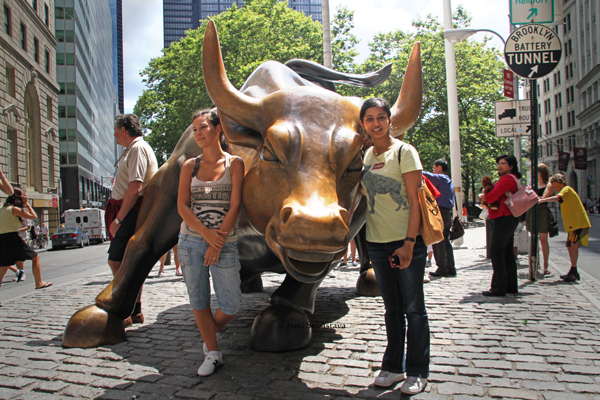 Charging Bull – by Arturo Di Modica / With my niece Rini Sinha on right. 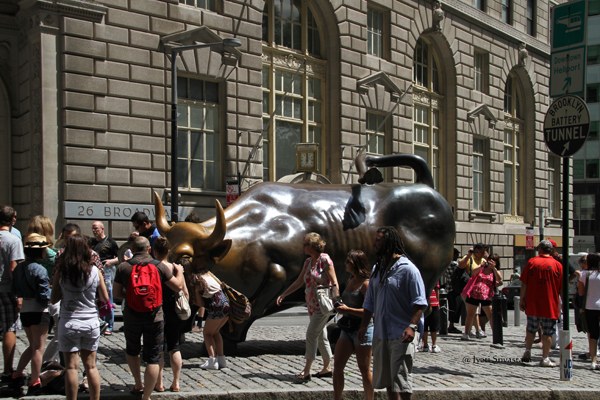