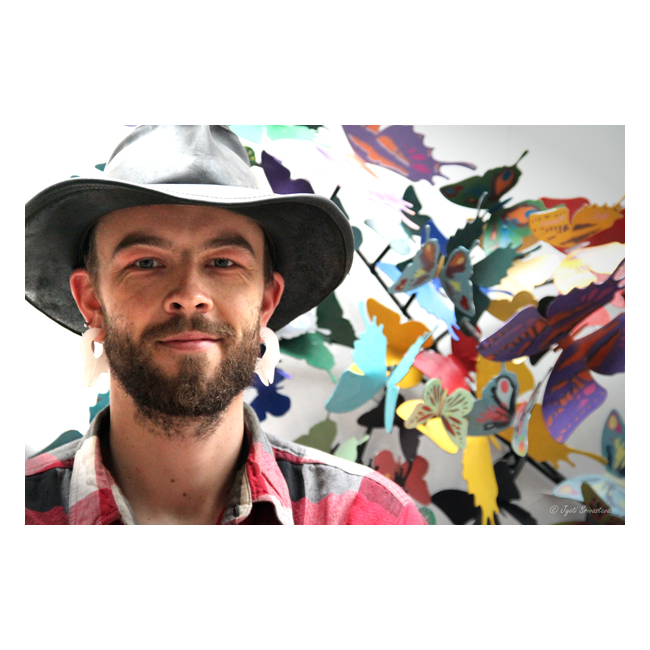 Here’s one of my favorite sculptors in the younger generation: Jason Christopher Hawk.  Last week, I was at Jason’s at his live-work space near Logan Square, at the Red Gate Studios. The Red Gate Studios was founded in 2010 by five artists: Jason Hawk, Salvador Dominguez, Eric Gushee, Llyod Mandelbaum, and Amy Helber. The growth trajectory of each of these artists deserves to be highlighted.

However, today, the spotlight is on Jason Hawk.

This was my second studio visit to meet Jason Hawk. Here is post from my earlier visit.. click here.. 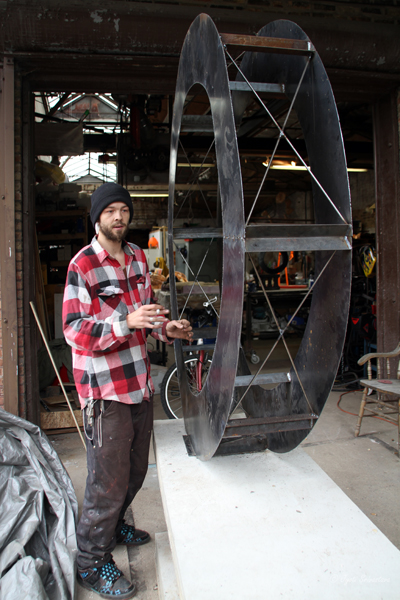 Born on October 29, 1983, Jason Hawk is a Chicago-based sculptor. His childhood days were in the Northeast Kingdom of Vermont. After years spent working in paint and intaglio printing, he enrolled at the School of the Art Institute of Chicago [SAIC] in 2007. He began as a painter and printmaker, and then one day “I picked up a welding torch and thought I’m going to learn how to weld. In like 15 minutes, I knew that’s what I was born to do.” So began his affinity for metal work and he started devoting his time at honing technical skills for sculptures. In 2010, Hawk and a few colleagues started Red Gate Studios. As a budding artist, Jason Hawk has an impressive resume. Jason Hawk has show extensively throughout Chicago and the Mid-West, in such venues as Art Chicago, Expo Chicago, The Contemporary Art Center of Peoria and the Society for Contemporary Craft in Pittsburgh. Hawk has also shown in Los Angeles, San Francisco, and Colorado and has work in the permanent collections of the Anderson Center for the Arts, the Peoria Public Library, and the Brooks Army Medical Center in San Antonio, Texas.

When I visited his studio on September 14, 2011, he was working on a large-scale piece for Purdue University “Don’t Panic, The World Isn’t Flat”. This concrete and polychrome steel sculpture, when completed will measure 8′ x 2′ x 7′. Hawk explains that he intends for this piece to serve as the catalyst for viewers to create a unique narrative. 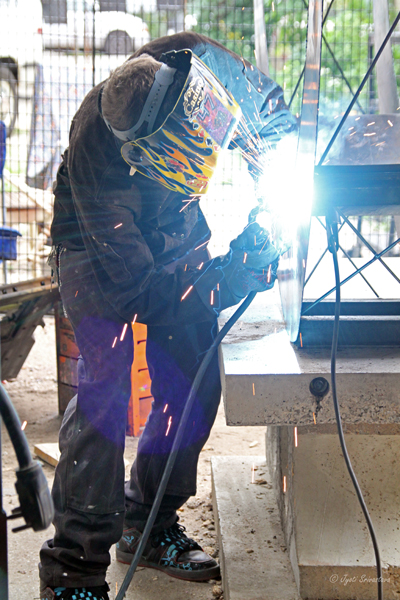 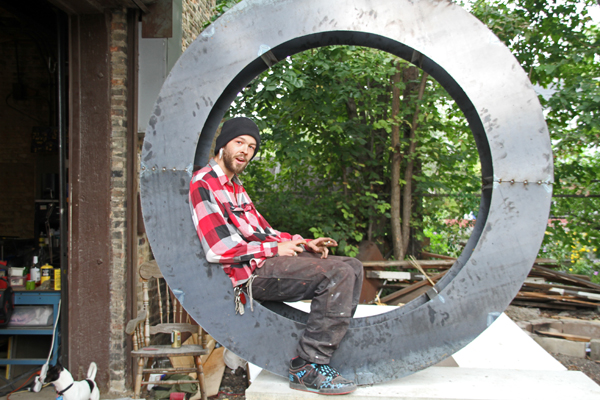 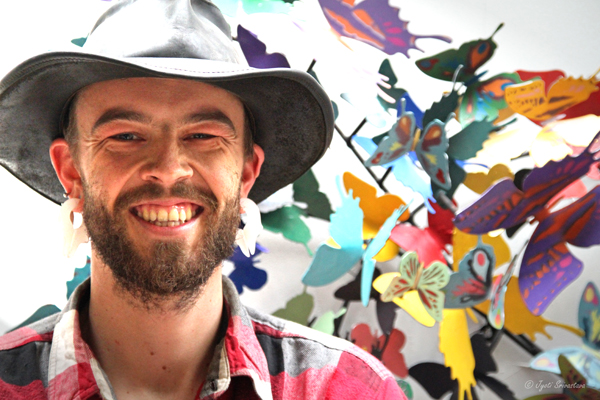 I found a beautiful butterfly sculpture on the wall. I found it perfect as backdrop for portrait photo. I said, “Jason, smile please, you are standing in front of butterflies. You cannot be all that serious.” Somehow I felt that with the persona he eludes, I cannot imagine him making butterflies. To which he said, he frequently has butterflies in his artwork. I looked around and saw lots of butterflies, in his paintings as well as sculptures.

Some Images from Studio Visit: 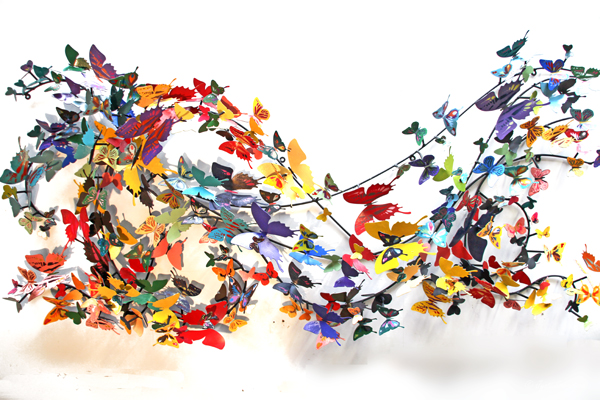 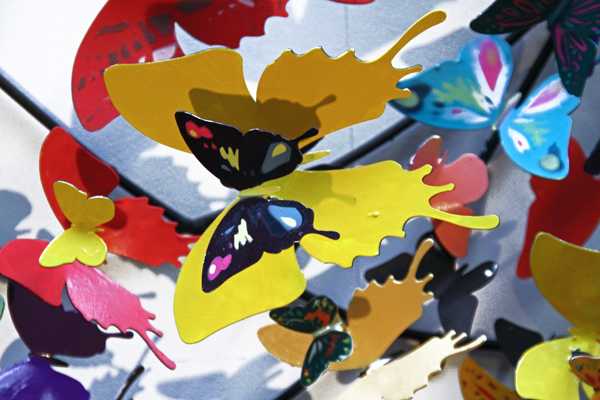 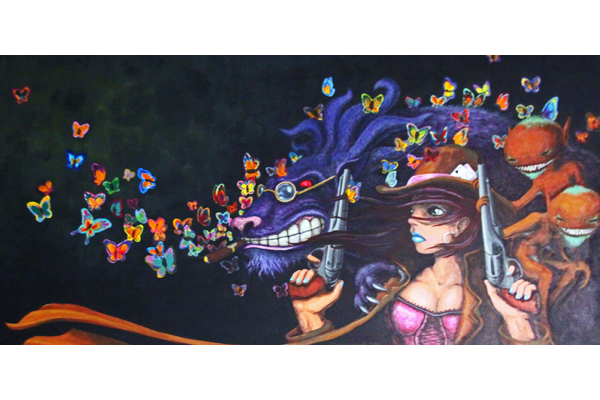 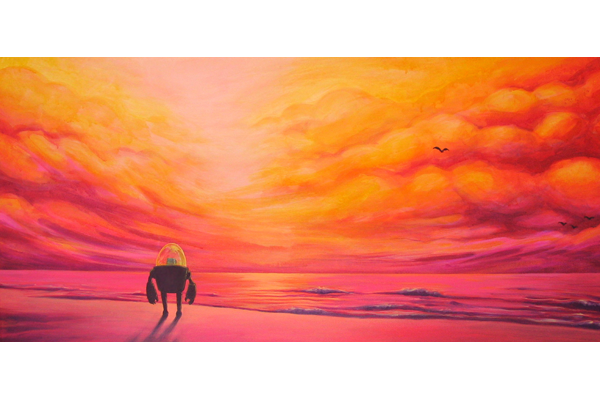 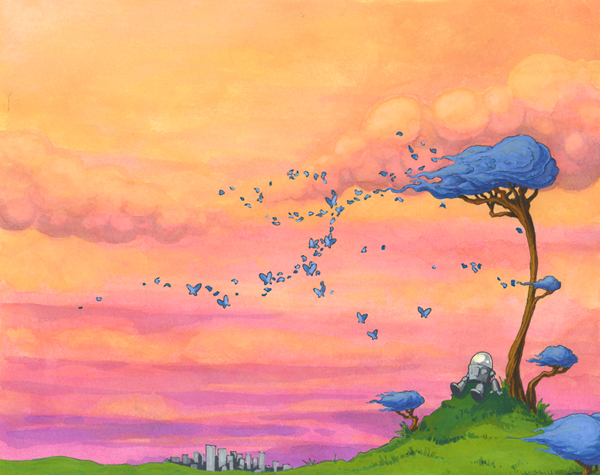 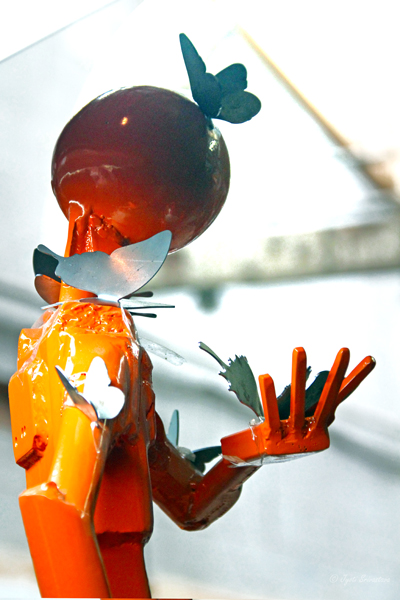 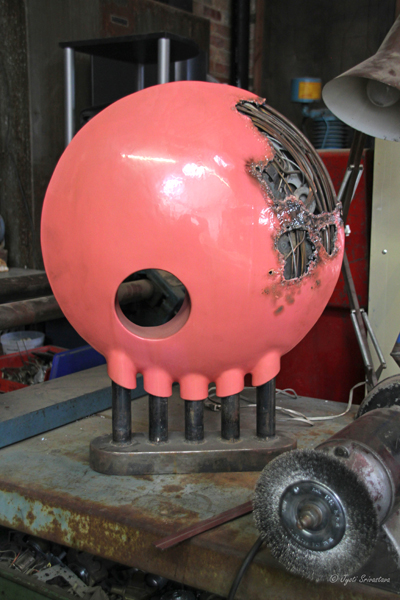 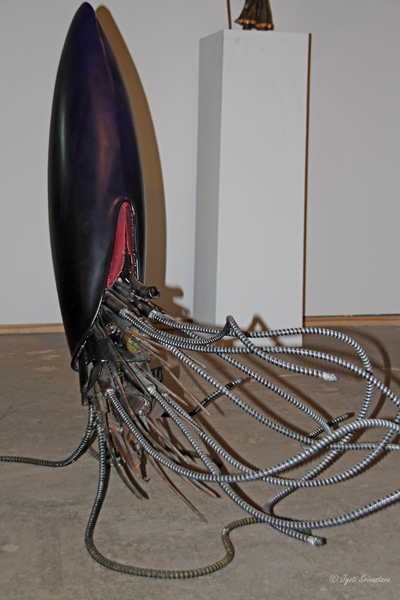 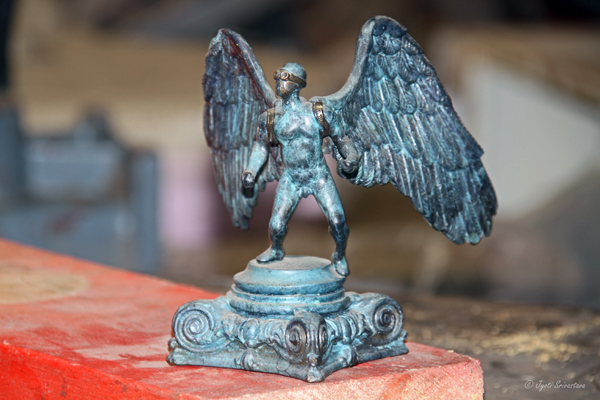 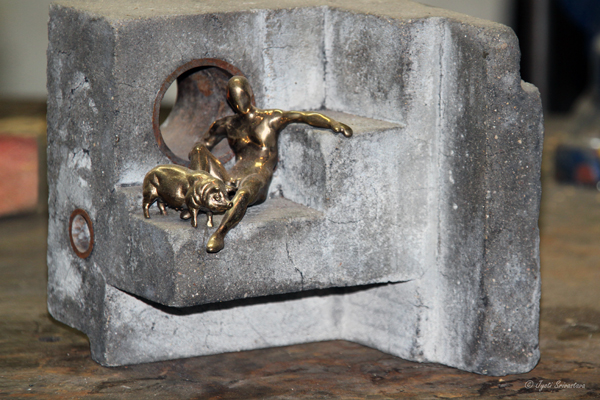 I have been fascinated by his body-art and he obliged by showing me his tattoos.. 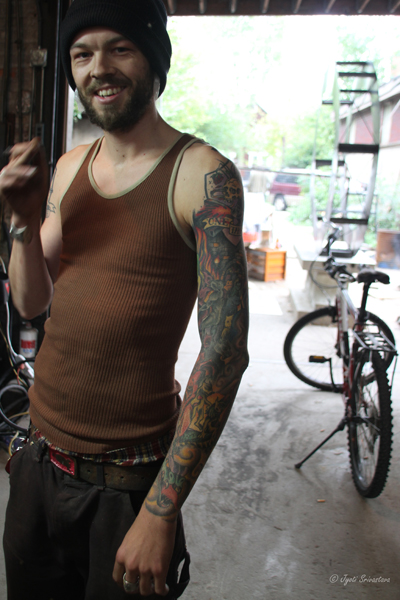 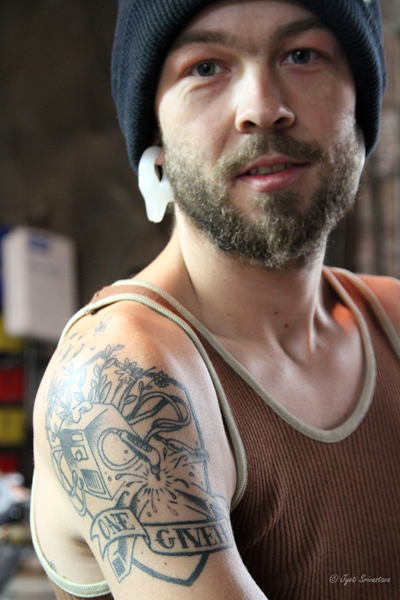 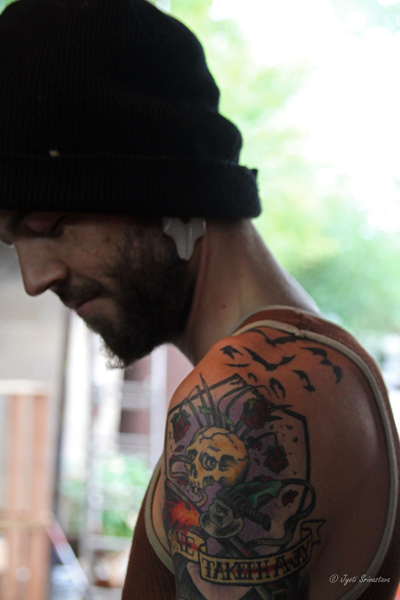 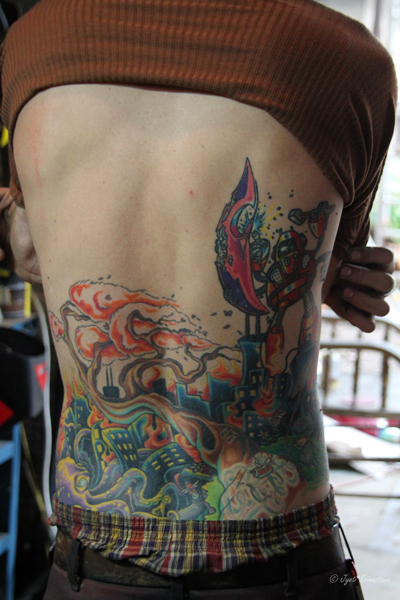