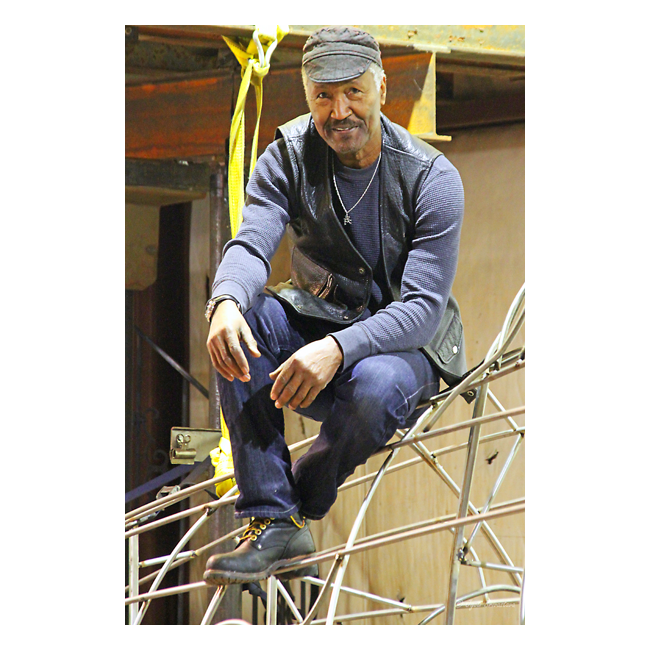 My trip to Peoria was a follow up of my meeting with Preston Jackson in his Chicago studio in historic Printer’s Row in November 2010… click here.. Preston Jackson’s art is narrative in style. His paintings and sculptures tell stories about characters and events from our past. He is professor emeritus of sculpture at the School of the Art Institute [SAIC] in Chicago. In my last studio visit, I even went to his sculpture class at SAIC, and see him work. It was a very enriching day.

But Preston Jackson is based in Peoria.
On January 6, 2011, I took a day-trip to Peoria to see his work.. 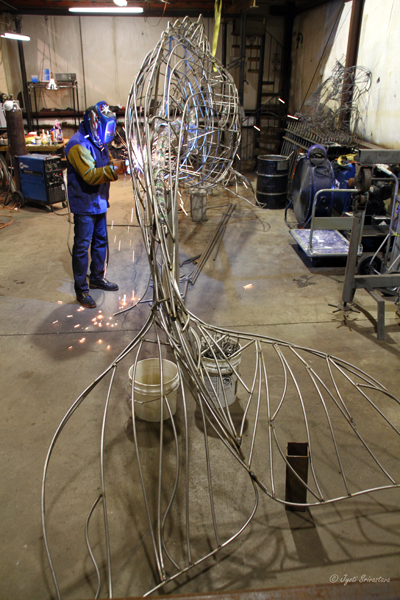 First stop was Bartonville Studio in Peoria to where Preston was working on a Sperm Whale sculpture on the theme of “Save Our Planet”. The sculpture is made of steel wires and plastic bottles and draws attention to environmental pollution. Although the fabricated steel sculpture is very different from his cast bronze sculptures from the series “Fresh from Julieanne’s Garden”, about which I wrote in my last post.. click here..
But the art is very much in Preston’s narrative story-telling style.

The sculpture is in memory of a natural botanist Shirley Armstrong. In Preston Jackson’s words.. “She was born at the time of the Springfield, Illinois riots, and the many other race riots in this country. She had a deep-seated love for animals, automatically showing her nurturing ways and maternal instincts. What inspired me to create this large female sperm whale was a person named Shirley Armstrong–because of my connection with this resilient woman who is very much in my everyday life, my DNA, my dreams. Being the largest of the toothed whale species, I admire the sperm whale’s tenacity in defending her calves and herself. The plastic bottles that she has ingested will soon be the reason for her demise. She unknowingly carries this dangerous material, yet she continues to exist in a brave and proud manner, living each day as if it were a celebration. During my research of this magnificent animal and her behavior I found her reminiscent of Shirley Armstrong. They both have a number of characteristics in common—they are strong and seek objects of beauty, with strong maternal instincts.” 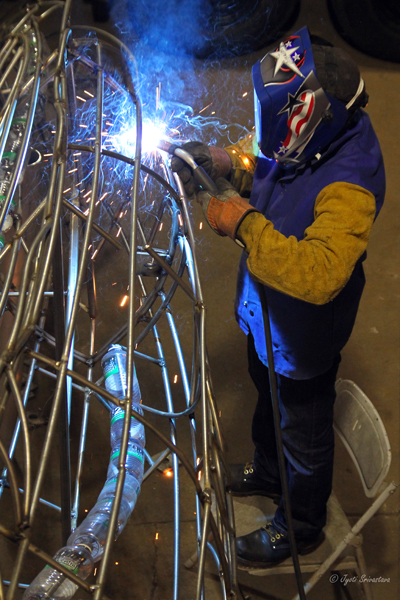 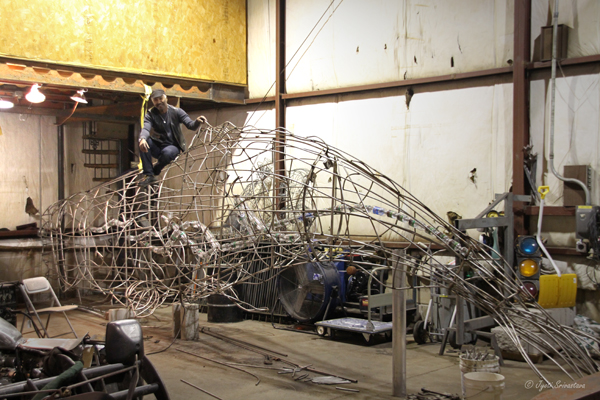 After spending some time at his Bartonville Studio, we headed to Contemporary Art Center [CAC] of Peoria. But before I move on the the CAC, I have to say that I did follow up on the sculpture and caught up with Preston, when the finished Sperm Whale sculpture was temporarily installed along the Lakefront in Chicago.. click here.. 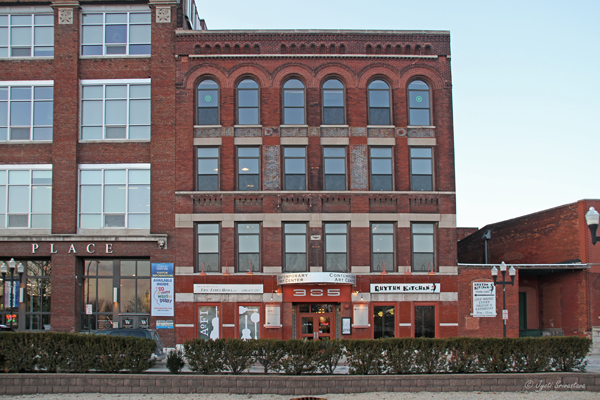 Preston Jackson is co-founder of the Contemporary Art Center [CAC] of Peoria. The 14,000 square foot facility is located on the 2nd and 3rd floors of a abandoned historic riverfront building he helped renovate.  About 20 resident artists are constantly creating art on-site here. Over the years, the Contemporary Art Center has evolved into Peoria’s cultural hub featuring art exhibitions, artist studios, open mic for poetry, salsa dances, and instruction in art, dance, yoga and tai chi. 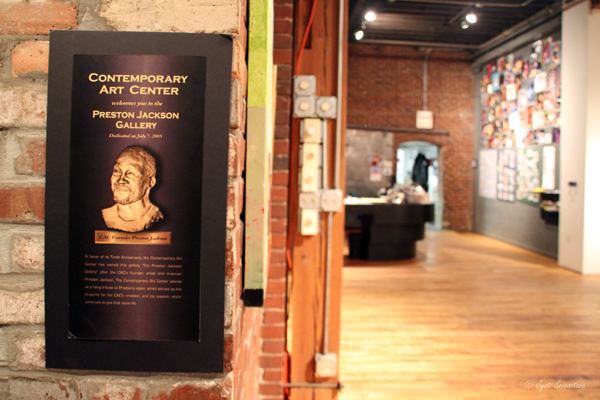 Preston Jackson Gallery is on the 2nd floor of CAC, Peoria. The plaque reads…

Renaissance Man: I have met Preston Jackson a few times, and every time I have wondered what his main interest would be: sculpture, painting or playing guitar? And, every single time I have concluded, that all three art forms, play an equally important role defining Preston Jackson. To add, he also practices and teaches Tai chi, and frequently performs with his Jazz band in Peoria.

Raven frequently feature in his work. He calls raven his spirit.
He always wears a locket which stands for “Long Life”.
He has been a long time practitioner of Marshall Arts, especially Tai Chi.
He has a fantastic sense of humor!!!
Although his works have dominant African-American themes, he is very influenced by Oriental culture. He practices yoga, and frequently talks about India, which maybe the case because he was talking to me.
He is very much at ease with the younger generation, and very well understands their mannerism, fashion, style.
Preston Jackson is a very slow eater! 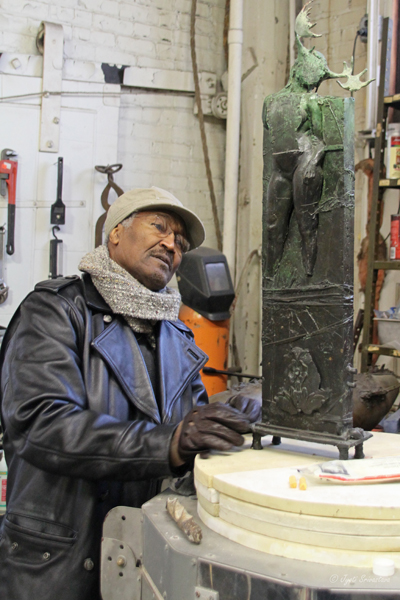 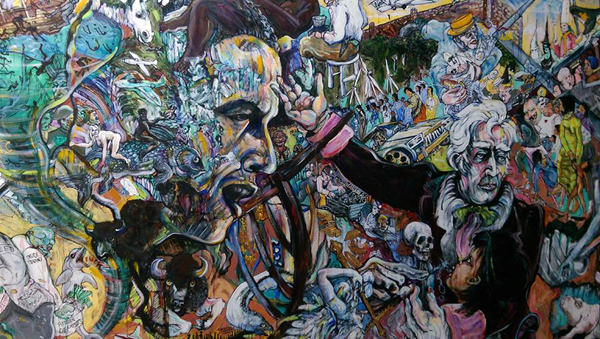 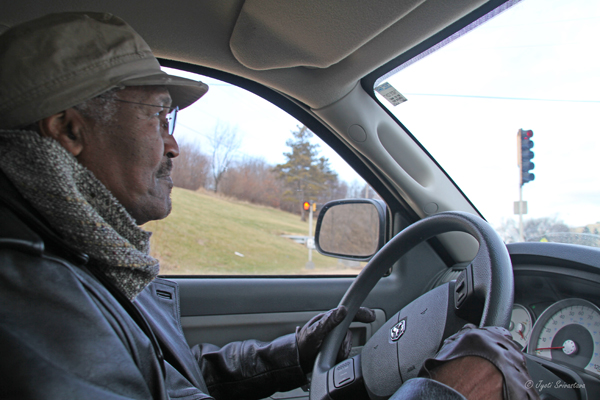 It was time for sculpture tour, especially along the Peoria Riverfront,
where Preston Jackson has many installations. 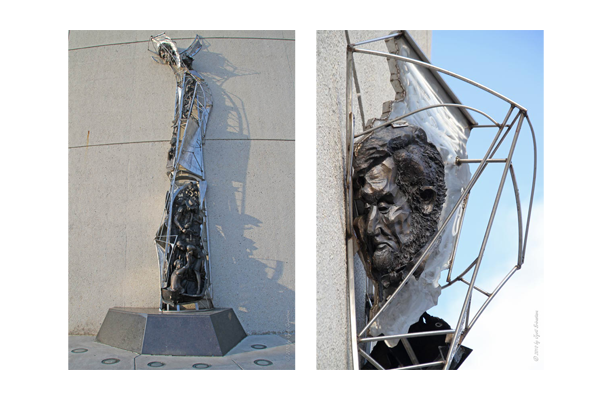 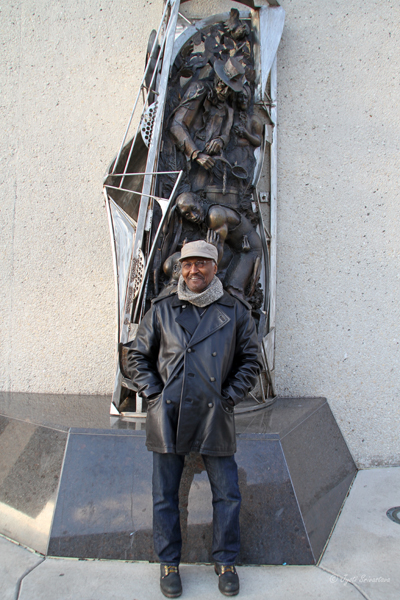 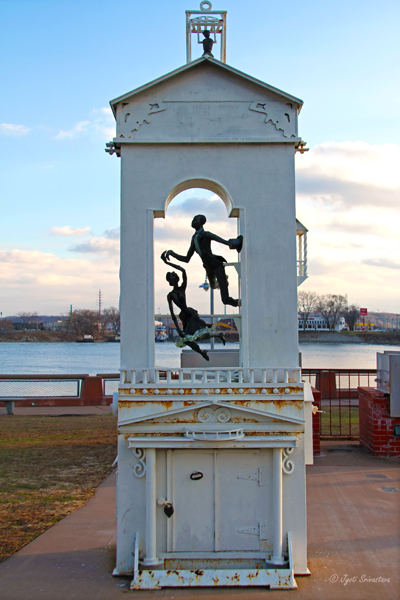 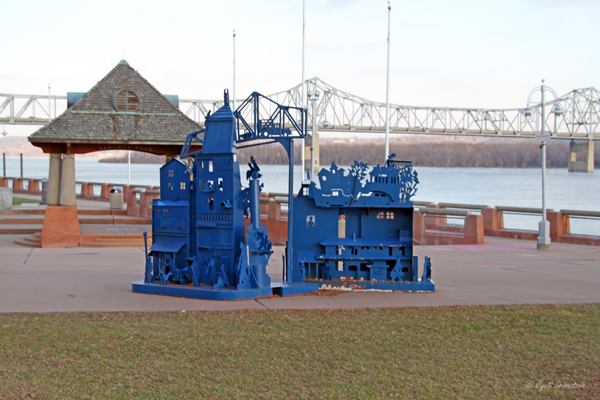 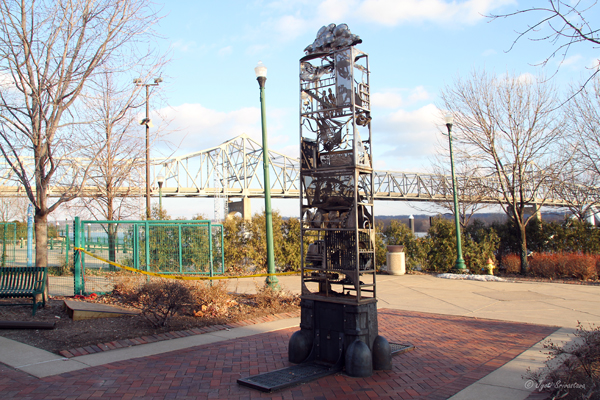 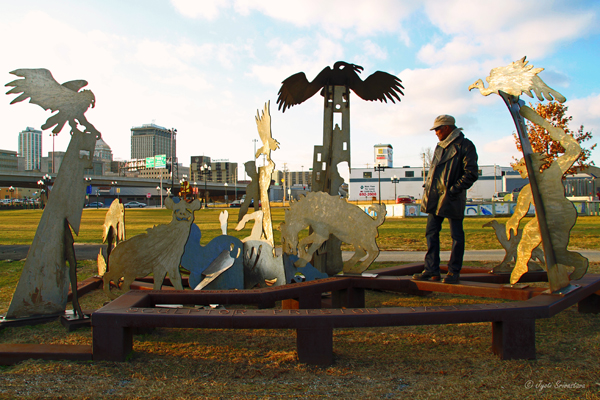 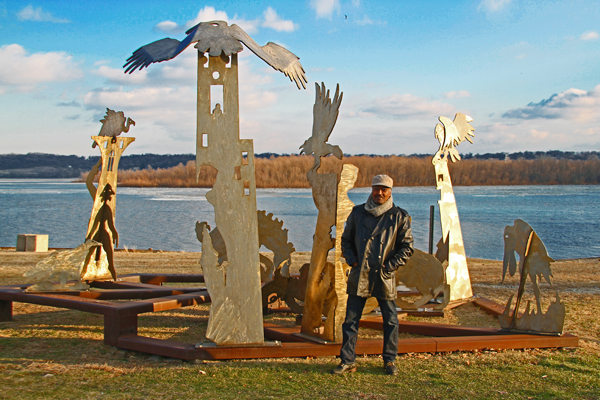