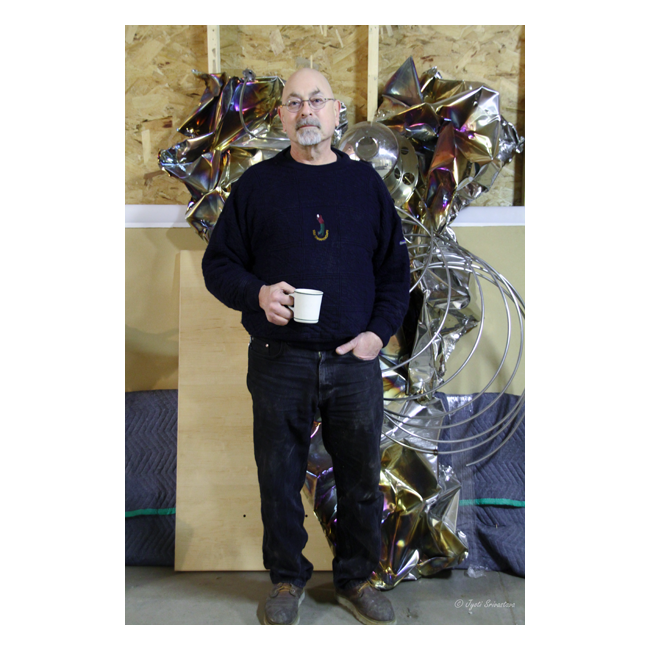 Mike Helbing is a sculptor living in Berwyn, Illinois. His sculptures have been featured in museums, galleries, and public spaces across the United States and in Canada. Mike grew up in the Midwest, and for a couple of years lived on the east coast in the New York area. Before coming to art, he started with becoming an engineer, attending Purdue University for three years. He then went on a tour of duty with the US Army in Vietnam with the 1st division and 26th infantry in Headquarters Company. This proved to be a life changing experience. He returned in 1970, and spent the next three years studying art at Ball State University in Muncie, Indiana. After graduation in 1973 the next twelve years he saw work as a waiter, potter, painter, sculptor, factory man, surveyor, sewer inspector, float builder, and government artist. Starting in 1980 he ran an art job shop in Indianapolis for six years. In 1986, he  moved to Chicago. In 1991 Mike graduated from Northern Illinois University with a Master in Fine Arts in sculpture. In 1992 he received Fellowship from the State of Illinois Art Council. He continued participating in shows and exhibitions regionally and in Canada.

In 1995 Mike began to work with Richard Hunt and moved into the position of vice president at Sculptural Services. In this capacity he was in charge of production and installation of large sculptures including works for Richard Hunt at Meijer Sculpture Garden in Grand Rapids, Michigan, a fifty-five foot high stainless steel sculpture at St Joseph, Michigan, sculptures in Springfield Village Park, located in Augusta, Georgia, and at Midway airport in Chicago, Illinois. During this time Mike forged ahead with his own work, installing public sculptures in Hutchinson, Kansas, Indianapolis, Indiana, and Quebec, Canada. He continues to consult with other artists to help them realize their works.  Mike has served on granting boards and on advisory groups.

Mike has been very involved with the National Vietnam Veterans Art Museum as a member artist, chairman of the board and as curator and is the chair of the committee that is looking to raise the funding to relocate the museum. 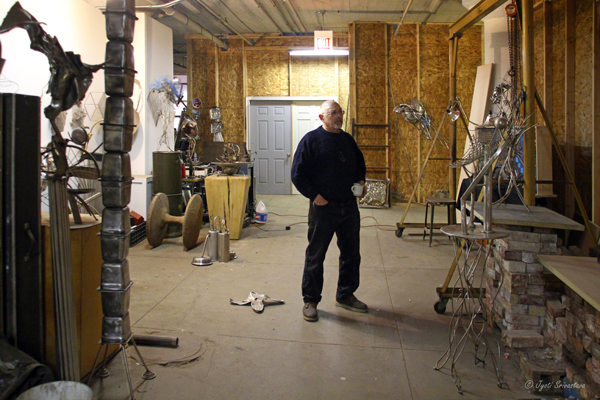 Mike usually works with found objects, primarily stainless steel.
In his words..
The ready-made object carries with it a social understanding that is used and modified to give new meaning. I find these ready-mades many places; junk yards, industrial factories, second hand shops, the side of the road, mostly anywhere. The hunter/gatherer instinct is satisfied by this search for materials. I then sort, pile and group these things. Much as writers form thoughts that grow into stories using words, my found objects are analogous to language, these objects are reassembled to create new meaning. The things I collect are rearranged and modified, cut and attached, grouped, bent, reduced, chipped, welded, ground, assembled and polished. This presents the familiar in a new light, causing the everyday to be looked at with new wonder. My influences and interests range from the naturalistic to the scientific, the art macrocosm to the world of the spirit. My art examines my place in my world and invites visitor to come along and share the journey of discovery. 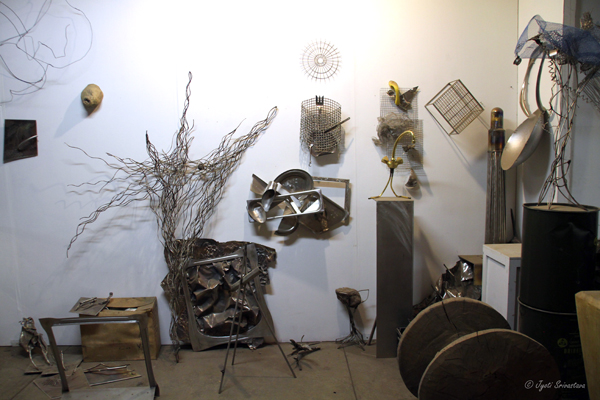 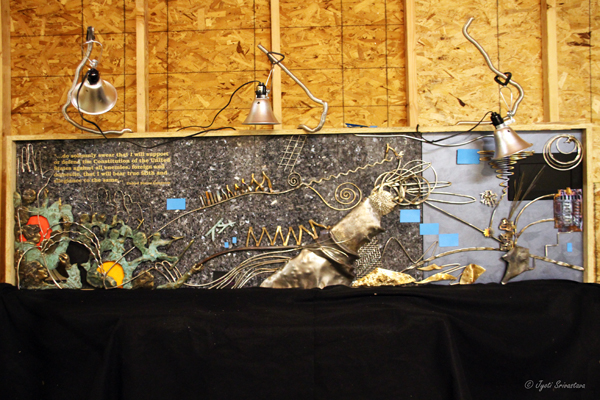 As mentioned earlier, Mike Helbing is a Vietnam Veteran. He spent 15 months in combat zone duty serving the U.S. Army in Vietnam. This experience forever changed his life. He recalls, “War is like a crucible where elements of life are placed together and heated to incredible mental temperatures and the very assumptions and basis of existence are challenged, changed, rearranged and reconstructed. Life’s realities are changed forever and have to be rebuilt. ”

When Helbing returned from duty, he sought to rebuild his reality through his work as an artist. He realized that for him, “life is an abstract construct and that the understanding of the forces that hold the conscious world together are a mental construct rather than an immutable fact.” This realization has changed the course of his life from the what it would have been to what it has become; a search for personal truth and insight. His art examines his place in the world and he invites visitors to share his journey of discovery with him. 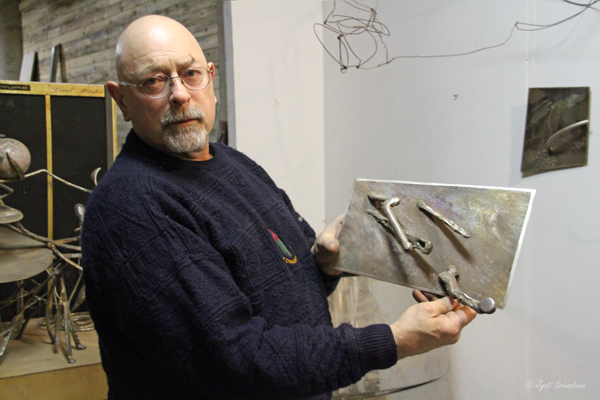 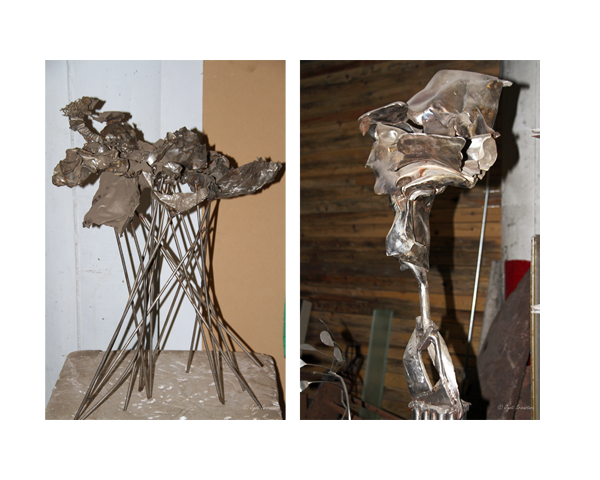 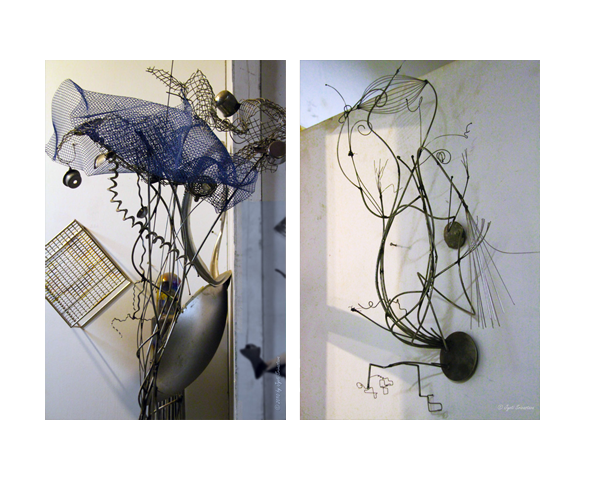 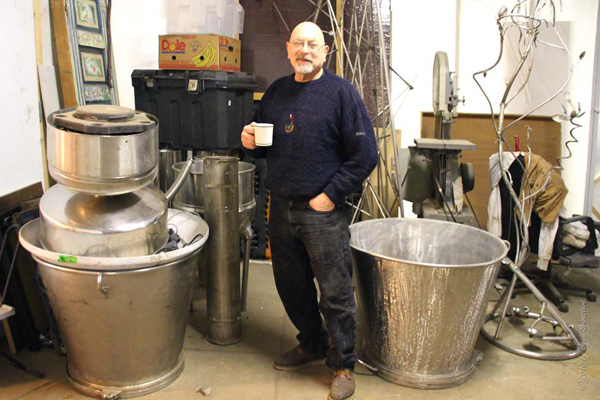 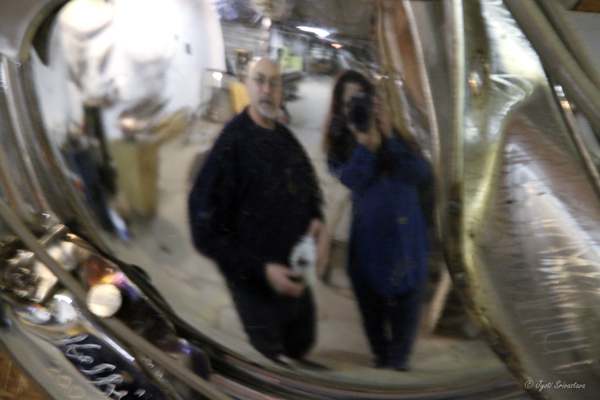 Thank You Mike Helbing for your time!

Below are some of the outdoor sculptures by Mike Helbing.
It includes some images taken after the studio visit. 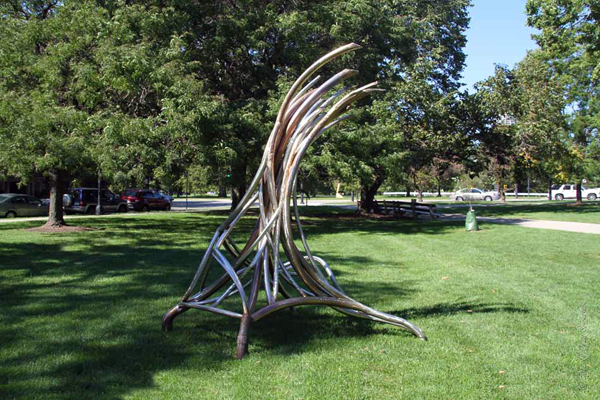 The Wave – by Mike Helbing 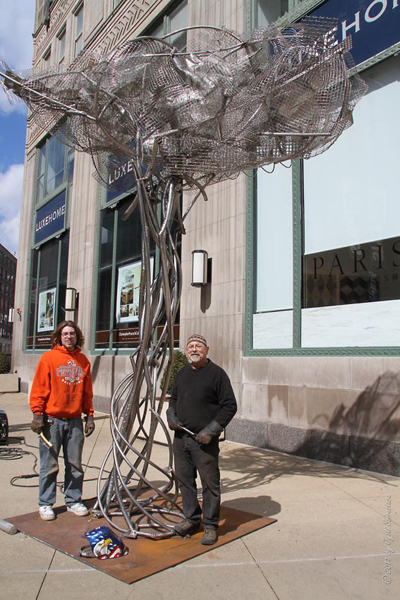 It’s a Mistree – by Mike Helbing 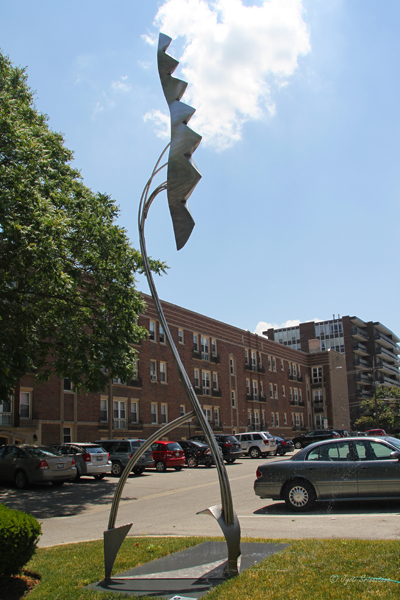 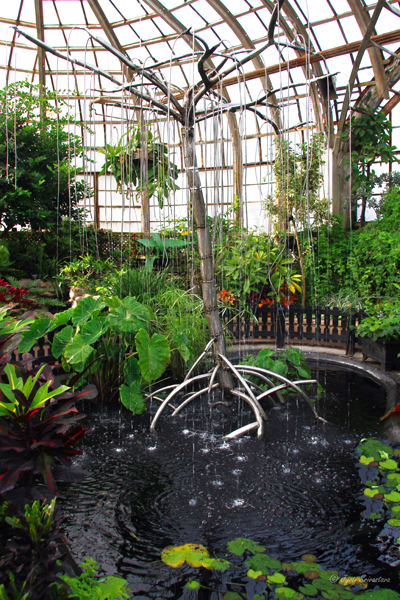 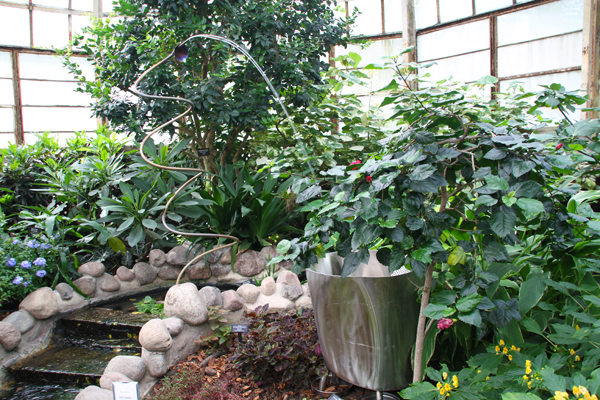 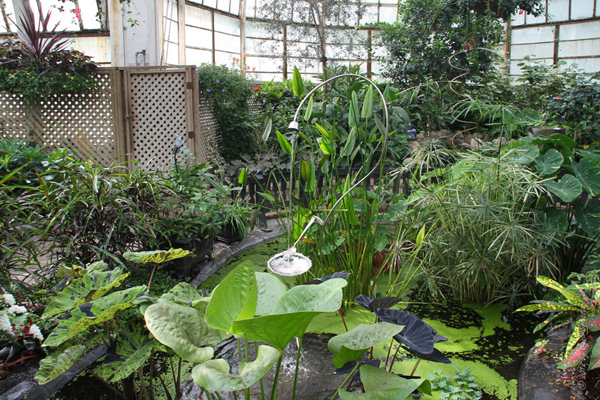 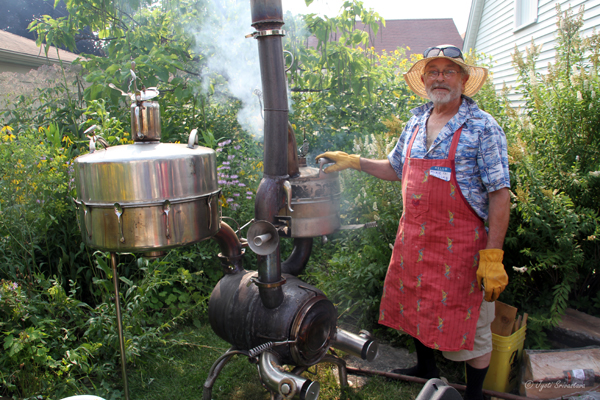 This functional outdoor cooker grill by Mike Helbing was used at CSI’s 10th anniversary celebrations,
graciously hosted by Donna Hapac. .. click here.. Mike cooked 14 chickens in this for the evening.

Leave a Reply to justin james