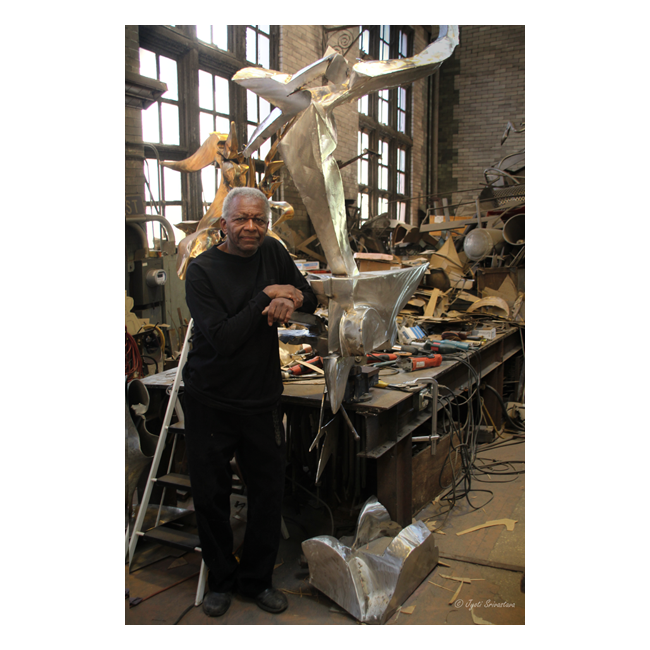 Richard Howard Hunt has  completed more number public sculptures than any other artist not only in Chicago, but in the country.  What’s even more interesting is that even with this highest level of professional achievement as an artist, what stood out from my studio visit was his polite, gracious, courteous demeanor. Not only is his work amazing, he himself is just too good,  with Old School Charm in the modern era! To add, he gave me carte blanche to take whatever photo I wished. What more could I have asked for. 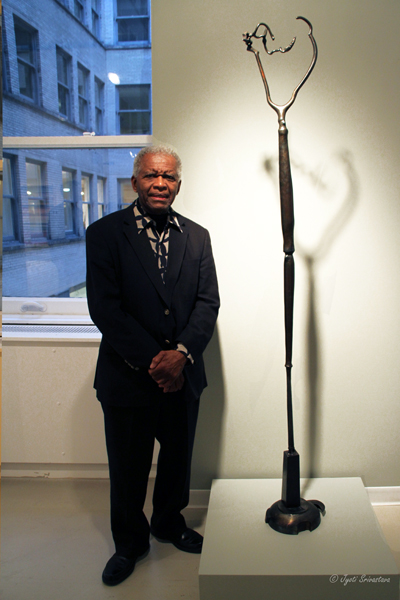 The first time I met with Richard Hunt was at Art Chicago, April 2010 at McCormick Gallery. In my very small encounter, I was very impressed. I requested him to take this above photo, and I knew, at that time that I had to visit his studio. In September 2010, I had the opportunity to visit his Studio. Before I share images from his studio, here is a brief bio.

Richard Hunt was born in Chicago in 1935. He developed an interest in art from an early age, as his mother was an artist.  He developed his skills at the Junior School of the Art Institute. He went on to study there at the college level, receiving a B.A.E. in 1957. A traveling fellowship from the School of the Art Institute [SAIC] took him to England, France, Spain and Italy the following year. While still a student at SAIC, he began exhibiting his sculpture nationwide and during his Junior year one of his pieces, “Arachne,” was purchased by the Museum of Modern Art in New York. In 1962, he was the youngest artist to exhibit at Seattle’s World Fair.

In Chicago, Richard Hunt’s works can be easily seen all over the city in parks, airports, community centers and sidewalks, like: “Freeform” at State of Illinois Building, “Illinois River Landscape” at James R. Thompson Center, “Flight Forms” at Midway Airport, “Jacob’s Ladder” at Carter Woodson Regional Library, “Slabs of the Sunburnt West” at University of Illinois, Chicago campus, “Why” at University of Chicago, “Building Growing Sculpture” at Chicago State University, “Eagle Columns” at Jonquil Park, “Large Planar Hybrid” & “Outgrown Pyramid II” [both] at the Nathan Manilow Sculpture Park, and “Special Olympics Memorial” at Soldier’s Field. Just outside the Chicago Cultural Center, at Randolph Street is his “We Will”, which is a gift of the Heritage Building to the City of Chicago!

His work can be seen not only in Chicago, but in many cities across the country. He has about 132 sculptures in 74 cities, spread over 23 states.

Hunt is the recipient of numerous awards and honorary degrees. He was appointed by President Lyndon Johnson as one of the first artists to serve on the governing board of the National Endowment for the Arts. He also served on boards of the Smithsonian Institution. In 1971, Richard Hunt became the first African-American sculptor accorded a retrospective exhibition at the Museum of Modern Art [MOMA] in New York. Throughout the years he has received Guggenheim, Ford and Tamarind fellowships, Logan and Palmer prizes. In 2009 was honored with a Lifetime Achievement Award from the International Sculpture Center.  Mr. Hunt work is represented in major museums and collections internationally, including  such major institutions as the Art Institute, the National Gallery, the Whitney Museum of American Art and the Metropolitan Museum of Art.

Here are some images from Studio Visit of Richard Howard Hunt 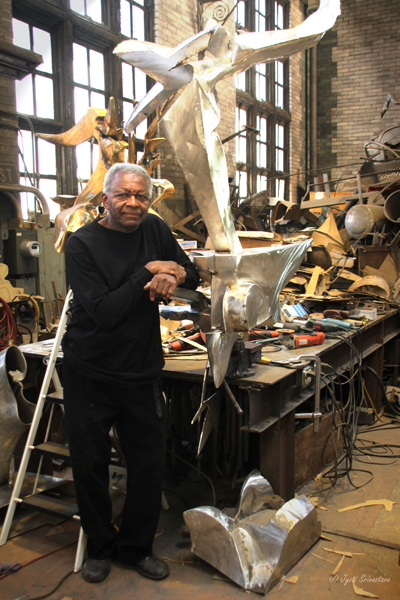 When I asked about his influences, and he gave me a few names Vladimir Tatlin, Naum Gabo and Oskar Schemmer. In our conversation, one term stood out for me – “Russian Constructivism” – which involves modernity, abstraction and minimalism.

“In some works it is my intention to develop the kind of forms Nature might create if only heat and steel were available to her.”
— Richard Hunt.

One of the things that keeps me going is sculptural inertia . Having made sculpture for so long, I tend to keep making it. Being a professional sculptor is an interesting combination of a work life and an intellectual life that are mutually stimulating.
– Richard Hunt. 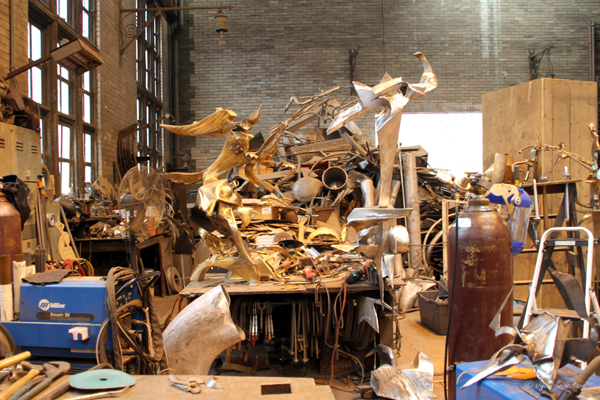 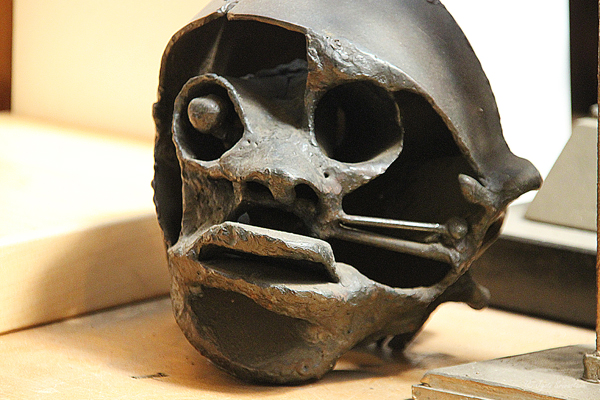 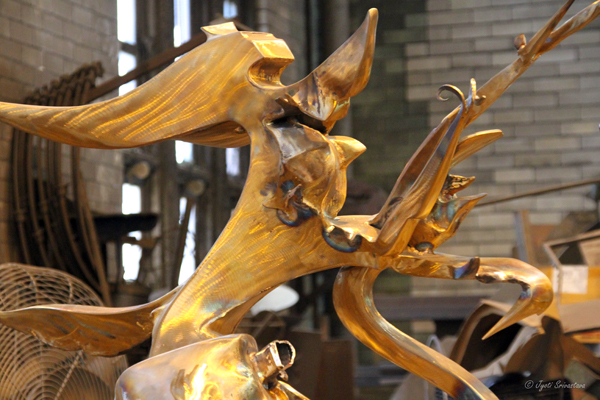 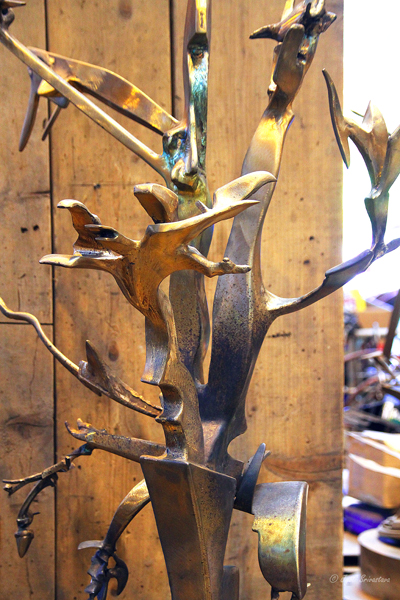 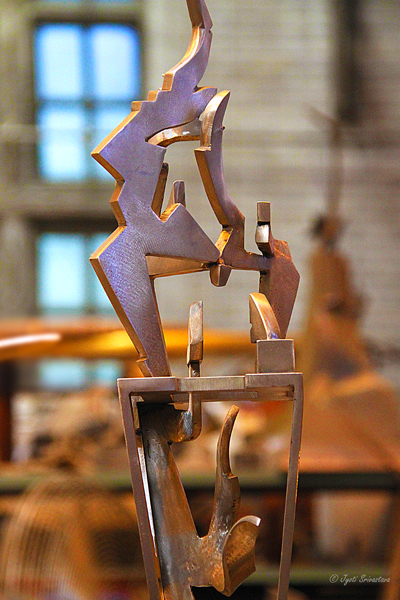 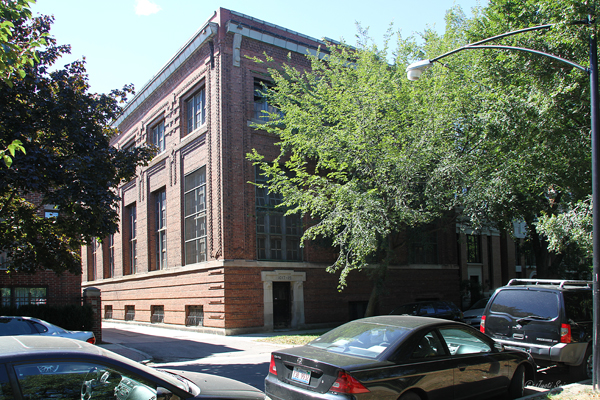 Some of the public artwrok by Richard Hunt that I’ve seen.. 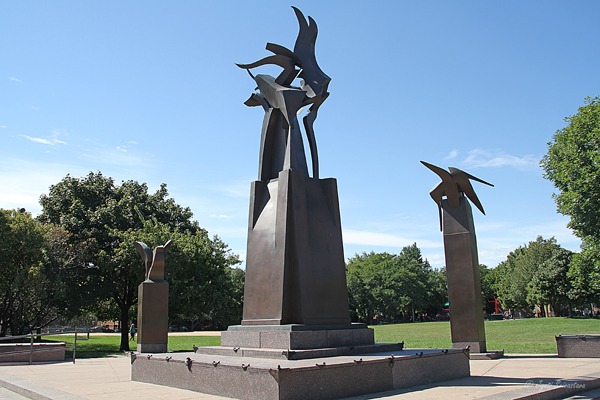 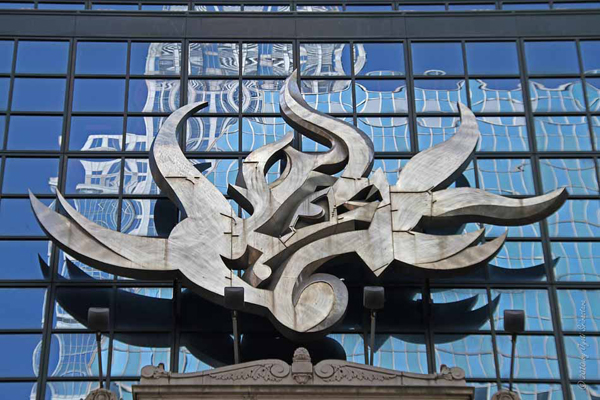 Freeform – by Richard Hunt..
1993 / Stainless steel / H 26 ft. x W 35 ft. x D 2 ft.
Location: Exterior facade of 160 N. LaSalle St., State of Illinois Building.
The sculpture derives its title from one of Richard Hunt’s central ideas about the nature of abstract art,
which is that it is freely formed. 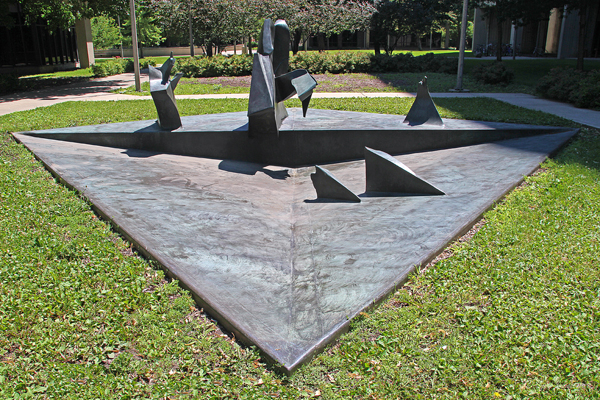 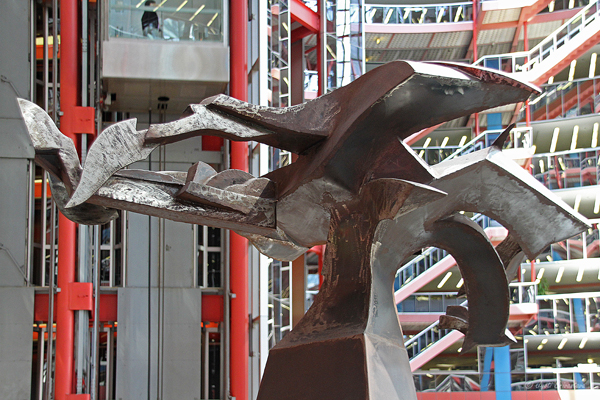 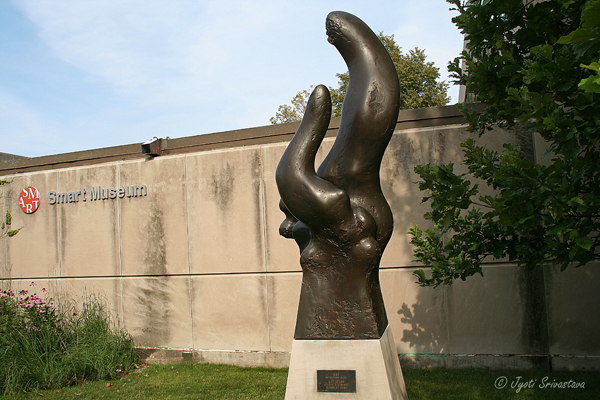 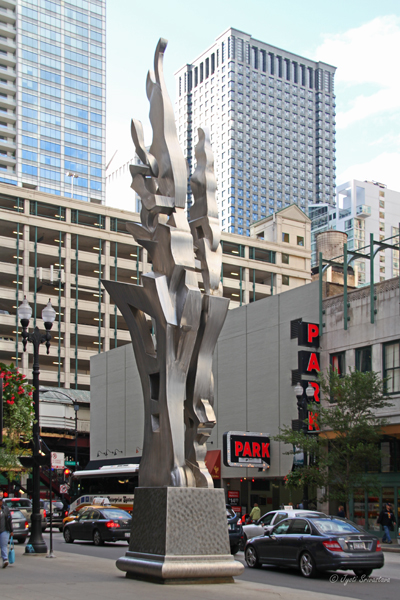 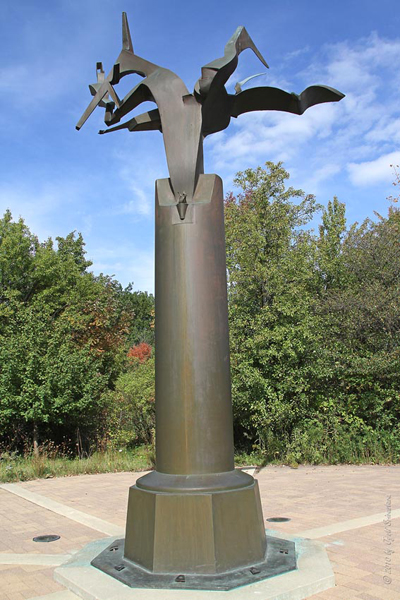