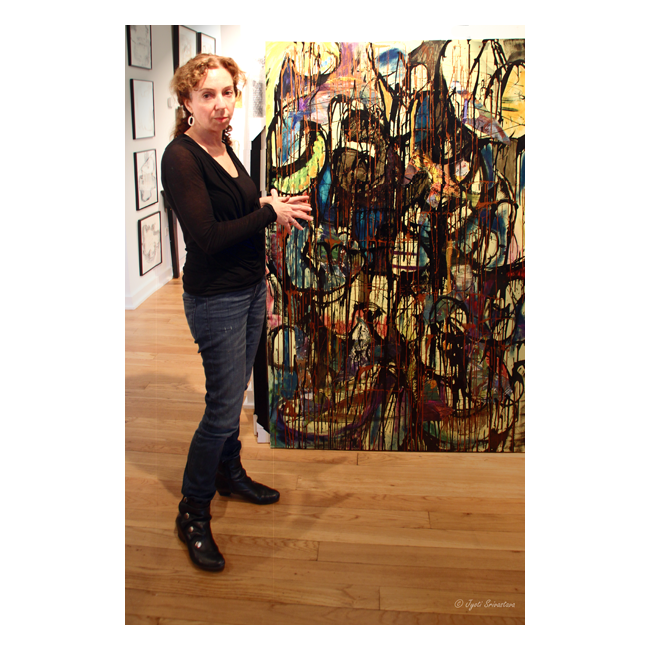 I came to know about Ginny Sykes when I saw her mural “Rora,” at Erie Terraces, Chicago. It was sometime in 2008. Since then I had wished to meet her. On October 26, 2010, I visited Ginny Sykes at her studio.

Ginny Sykes is a multitalented artist whose work include painting, murals, performance art and also film. Sykes has been awarded many public art commissions and awards. Sykes has exhibited in solo and group exhibitions in the United States and abroad. She has worked with and trained numerous youth and adults in mural practice. Her work has been published in A Guide to Chicago Murals and Urban Art Chicago. Since 1992, she has taught and conducted workshops through the Museum and the School of the Art Institute of Chicago, Gallery 37, and Illinois Arts Council. Sykes has her BFA from Washington University in St Louis. She studied Classical Painting & Art History for three years in Florence, Italy, from Studio Cecil Graves. She did Master of Arts from Loyola University, Chicago, in 2013 on Women Studies and Gender Studies program. She is recipient of Community and Global Stewards Fellowship and Mary Griffin Scholarship Award. Ginny Sykes lives and works from Chicago. 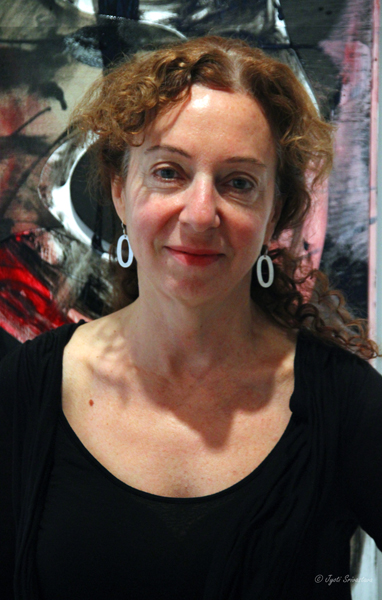 I had a very small informal chat with Ginny Sykes, but it was very obvious that her art stems from her social consciousness. She grew up in Washington D.C in the 60s during, in the midst of the Civil Rights Movement which deeply impacted her. The leaders, poets and novelists of this era forever shaped her views on the importance of social justice. Sykes is also speaks against gender biases, and celebrates people who have paved the way for greater women’s rights and empowerment. She is connected with many community based organization like Chicago Public Art Group [CPAG], Illinois Arts Council and After School Matters. She is also deeply concerned about environmental issues. She has also studied Native American literature. All these global issues – social, political, economic and environmental – influence her as a person and as an artist! These concerns are reflected in her public works like “Arc of Nature”, “Wings of Water” and “Rora”, about which I write in more details later in the post.

We talked about the art scene in Chicago and Sykes pointed out how it was getting bigger and there are more paths to an art career today. She firmly believes in art at public places. In her words..
“Art enlivens the spirits of artists and audiences alike. I approach each community or school with an open mind and heart for discovery as each project has unique characteristics and individuals. Empowering participants involved in the artistic process while building community and trust through the transformative power of art can be almost magical. My desire is to create spaces of and for transformation, play, and joy by deeply engaging both the imagination and will. When we are all engaged by the process, the finished works of art reflect and carry on that energy. I believe that everyone has this inner capacity!”

BELOW ARE SOME IMAGES FROM THE STUDIO VISIT
Scroll down further for images of her Public Art installations. 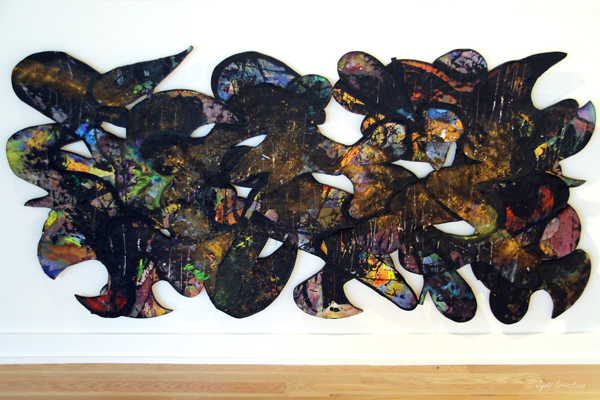 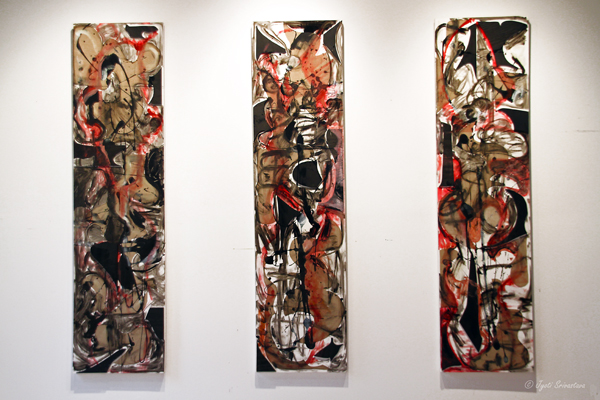 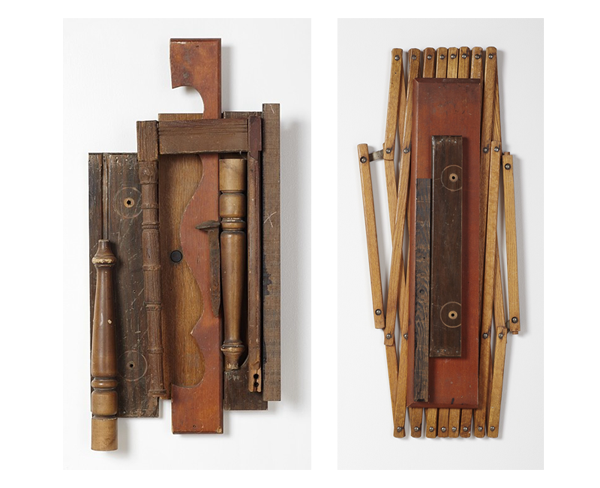 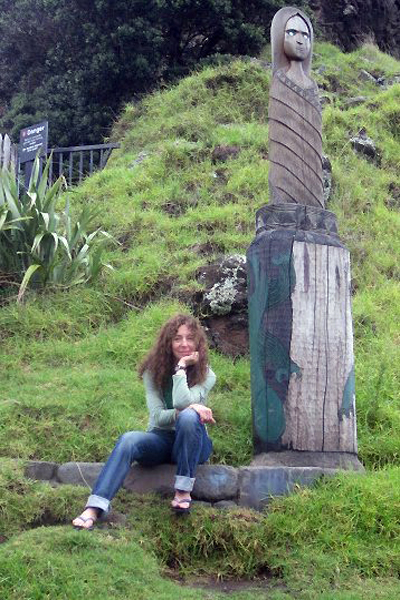 The above image is obviously not from my studio visit, and not taken by me. It was taken in 2011 in New Zealand, where Ginny Sykes did a six week solo journey and site responsive installations which then led to the film “She Wants to Know” . The photo was taken near Piha beach where “The Piano” was also filmed! I love this photo so much that I took permission to publish it. Thank You for that!  To me, this image captures quintessential Ginny Sykes,  a conscientious and reflective free spirit, happy to be amidst nature.

Some PUBLIC ARTWORK by GINNY SYKES 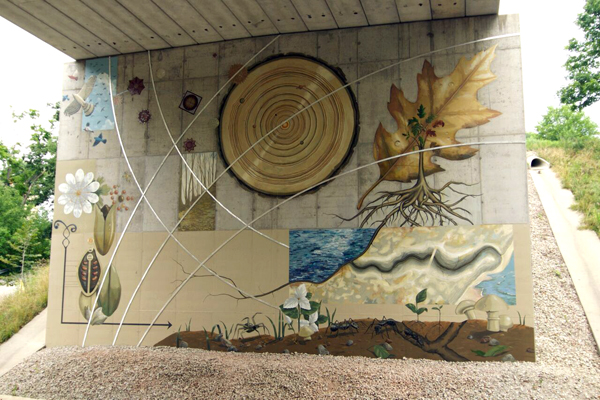 Arc of Nature [2010] was commissioned by Open Lands Chicago. The mixed media work is at the entrance of Bartlett Ravine at Ft. Sheridan Forest preserve, which is part of Lake Michigan’s shoreline. Ginny Sykes and Augustina Droze designed Arc of Nature under the auspices of Chicago Public Art Group. The mural content speaks to the particular ecosystem within the ravine environment and the ongoing restoration work of the ravine. Meant to inspire and engage visitors as they walk the ravine towards the lake, the mural suggests real and metaphoric connections between the variety of human experiences of nature, as part of nature, and that of nature within a larger cosmology. The breadth of scale of the work is meant to suggest the sweeping sense of openness and peace that can be found in this area. 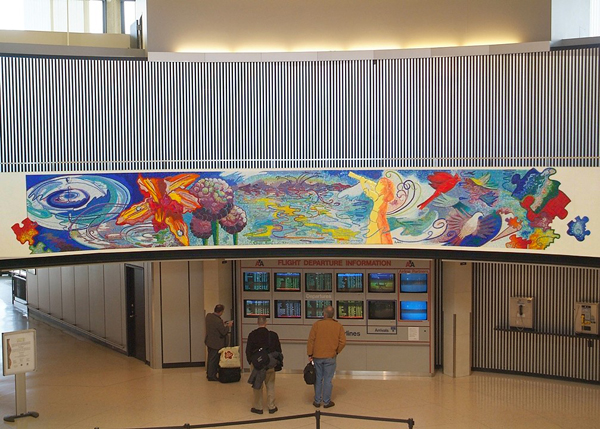 “Wings of Water” at  O’Hare airport is a collaborative project for  to reflect international concerns about water as a globally critical resource. The mural was dedicated on February 3rd 2007 and is located in the rotunda on the upper level between Terminals 2 and 3. It is made of approximately 35,000 pieces of glass tile with porcelain tile elements. It measures over 35 feet in length, and just under five feet in height. It was in partnership with the Macquarie Foundation, After School Matters and Chicago Public Art Group. 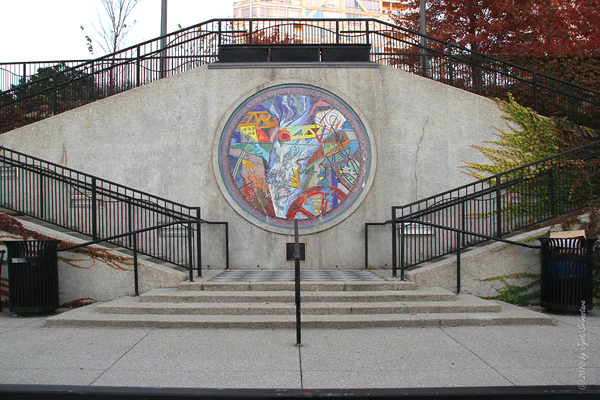 Rora was commissioned by the City of Chicago’s Percent for Art Program to express historical, geographic and cultural ideas about the Chicago River. In collaboration with the Chicago Department of Transportation, Department of Cultural Affairs, Wolff Clements and Associates, and Chicago Public Art Group, Rora at Erie Terraces won an honor award from the American Society of Landscape Architects in 1999. 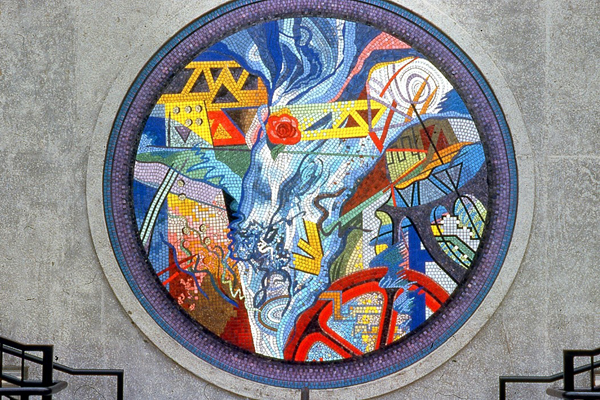 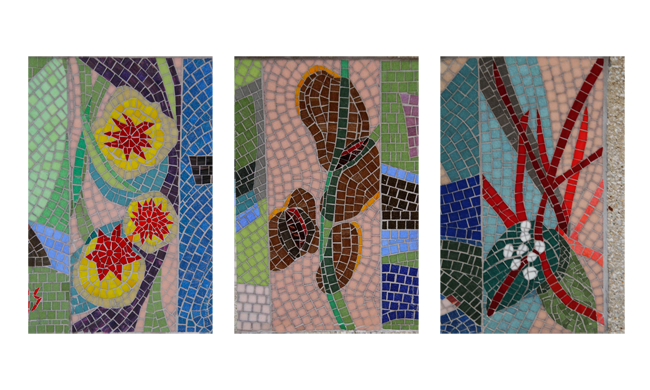 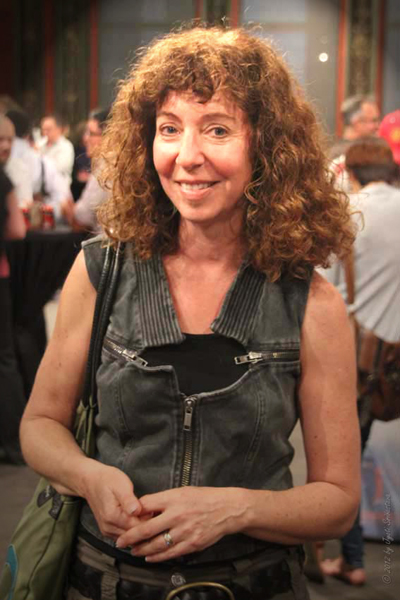 Ginny Sykes at Chicago Cultural Center at the exhibition”35 Years of Public Art” in 2014.