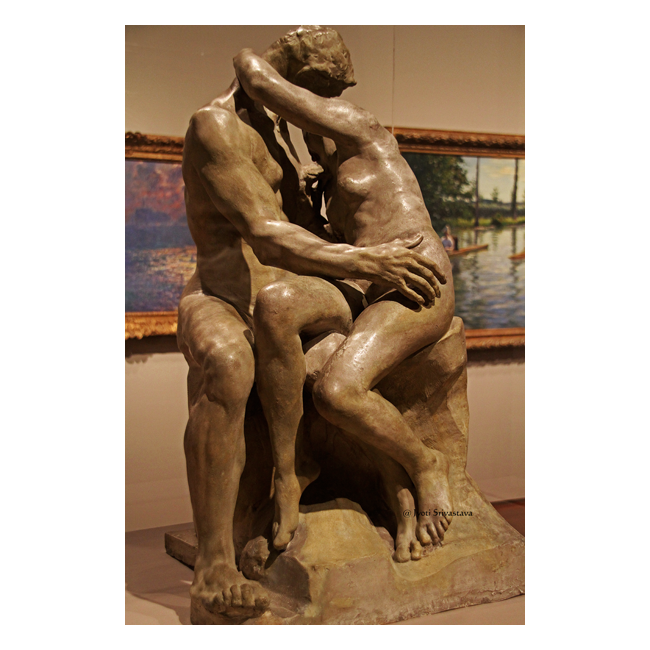 Auguste Rodin [1840-1917], one of the greatest sculptors of all time. His most productive period, 1880-1900, coincided with the rise of Impressionism and Post-Impressionism, avant-garde styles and aesthetic attitudes that dramatically impacted his own art.. 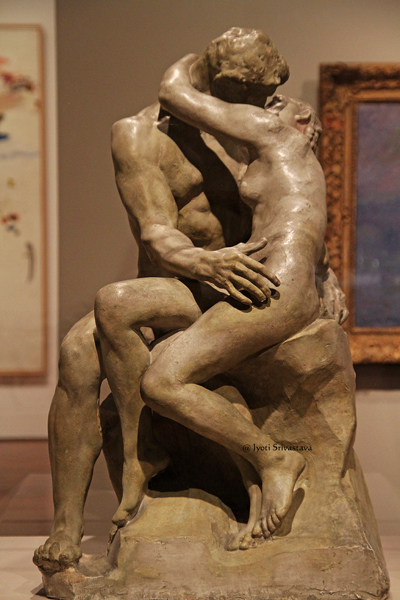 “The Kiss” is a result of a commission that French sculptor Auguste Rodin received in 1880, for his “Gates of Hell”,  a decorative relief door, for a future Musee des Beaux Arts. It was inspired by Dante’s The Divine Comedy. But it was removed shortly thereafter and became an independent work. Many of Rodin’s independent works, were originally made for this door including – The Thinker, Adam & Eve, and The Kiss – among others. 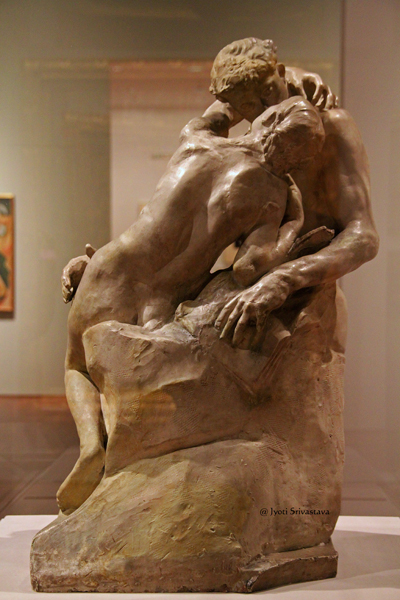 The sculpture is based on the the adulterous love of Francesca da Rimini and her brother-in-law Paolo Malatesta. Their passion grew as they were reading the story of “Lancelot and Guinevere”. The book is seen in Paolo’s hand. But Francesca’s husband Gianciotto Malatesta, Lord of Rimini, discovered them, and slayed them with a rapier. They were buried together in the same tomb. It’s a story of forbidden love and eternal damnation. A popular theme of the 19th century artists. However, “The Kiss” does not evoke the agony of forbidden love rather the ecstasy of it. This is said to be one of the reasons, it was removed from the Rodin’s relief door “Gates of Hell”..

Rodin confronted the negative aspects of humanity, including moral weaknesses and distress. Apart from digressing from the classical tradition, on the social theme, he also moved in the technical aspects of sculpting. His deeply textured surface was a departure from smoothness of the classics. He was criticized for the lack of decorative details, which he believed distracted the viewers from the strength of emotions.

There are three original marble versions of “The Kiss”..
– In 1888, Rodin was commissioned by the French government to have his plaster carved into marble, double the size of the original. The result was shown at Salone of the Societe Nationale des Bauxe Arts in 1898, along with another of Rodin’s work Balzac. However, was the Kiss that was more popular. This version is now at Musee Rodin, Paris, France.
Two other marble replicas were ordered from Rodin..
– Carl Jacobson, ordered one for the sculptural museum Ny Carlsberg Glyptotek, Copenhagen, Denmark.
– Edward Perry Warren, ordered one fro his own collection. It is now in Tate Modern, London, England. 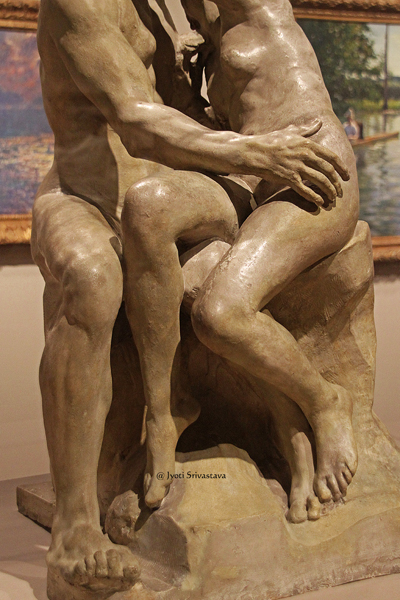 Notice the convulsive contraction on Paolo’s right foot…
I have to mention a book that helped me understand the nuances of this sculpture..”Rodin’s Art”, by Albert Edward Elson..
One interesting aspect of this sculpture is that many of anatomical details and been obscured in favor of gesture and body language. In fact it is very difficult to see the kiss, which actually is not a kiss. Rodin’s sculpture shows the moment just before the kiss and not after the kiss.

Rodin also departed from Dante, in depicting Francesco as the instigator or initiator of the kiss. She leans towards Paolo, who still seem to be sitting in a position of reading the book. His eyes are open, her closed. In one hand he still holds the book, while his other hand barely touches her. His right foot is tensed and shows the convulsive contraction. Paolo seems to be hesitant, while she is more relaxed. 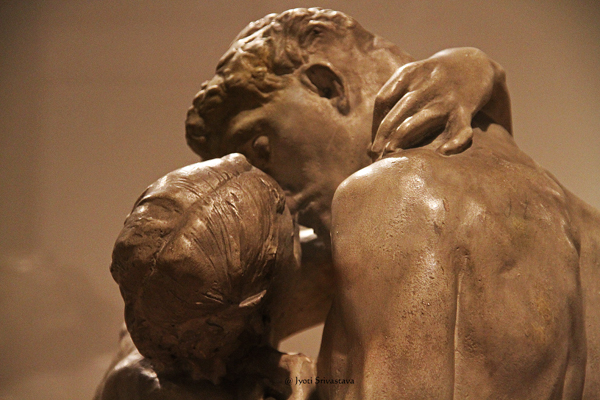 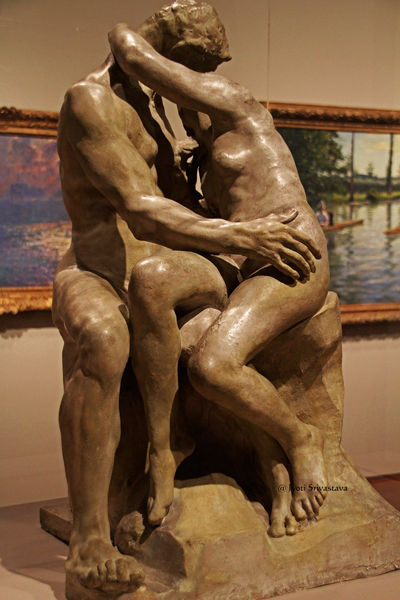 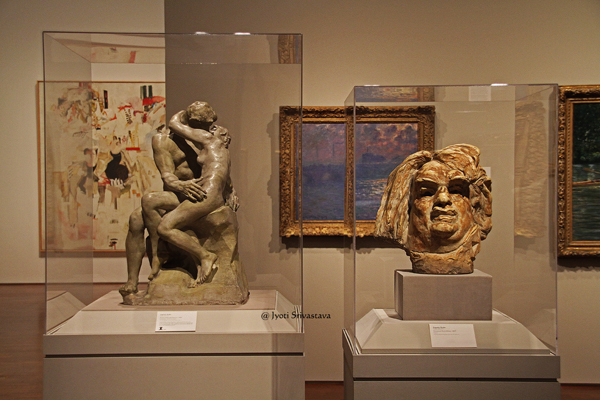