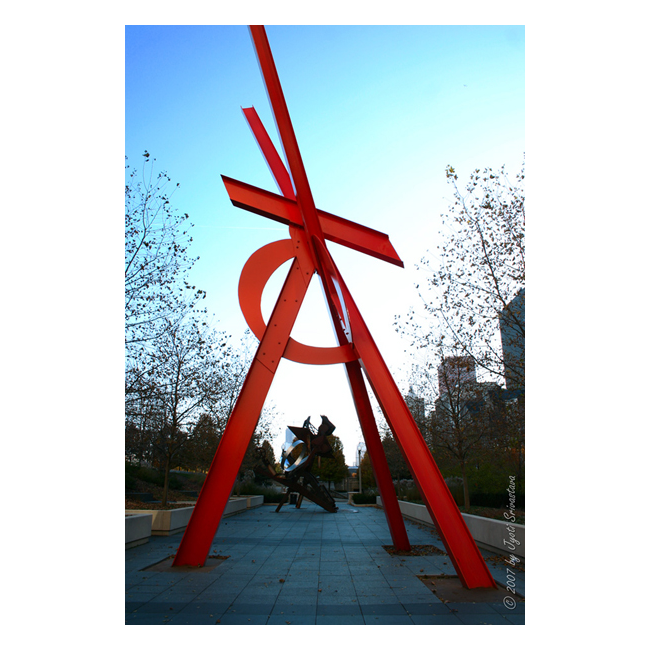 Mark di Suvero was invited to be the first sculptor to exhibit his work in the Boeing Galleries, given his reputation as one of America’s most influential artists. He famous for his massive works in abstract expressionism. Visitors were encouraged to interact with his work just as they do with the the permanent art in the park: Crown Fountain and the Cloud Gate. “He encourages viewers to walk through, on and around his sculpture, so they can experience it from all perspective”.

The Millennium Park exhibition is being sponsored by Boeing Co., with support from the Richard H. Driehaus Foundation. 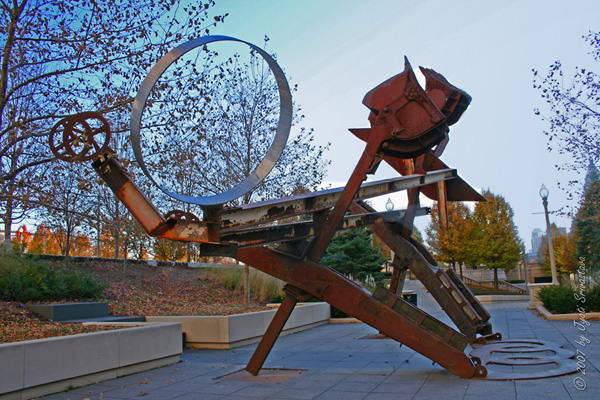 Mark di Suvero is recognized by contemporary art scholars and critics for inventing a radical style of art which challenges the very nature and defiunition of sculpture. Built from steel and found materials such as wooden beams and scrap metal, this abstract assemblages are large in scale and powerfully expressive. Open forms that unfolds and thrust outwards, his sculpture define and describe the space they occupy. Johnny Appleseed is a masterpiece of artists use of unorthodox materials. The tiles refers to the celebrated nurseryman who redefined the American landscape by planting orchards and giving seeds and trees to pioneer settlers, introducing the apple to Ohio, indiana and Illinois. 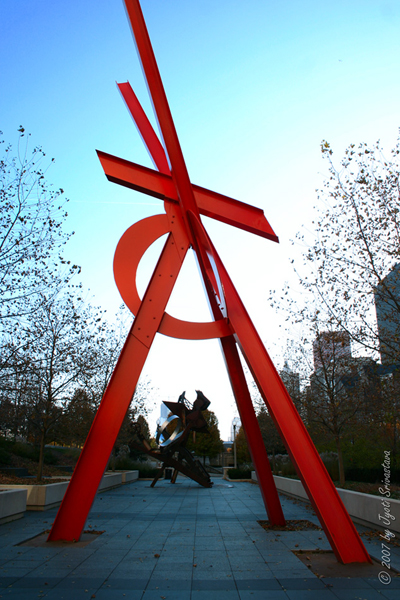 Mark di Suvero transforms heavy industrial materials into vibrant uplifting forms. Di Suvero often paints his sculptures to bright orange red so they create a striking drawing against the blue sky. The artist draws inspiration from many sources including mathematics, physics, music, poetry and astronomy. The sculpture refers to the constellation named for the famed hunter of Greek mythology. 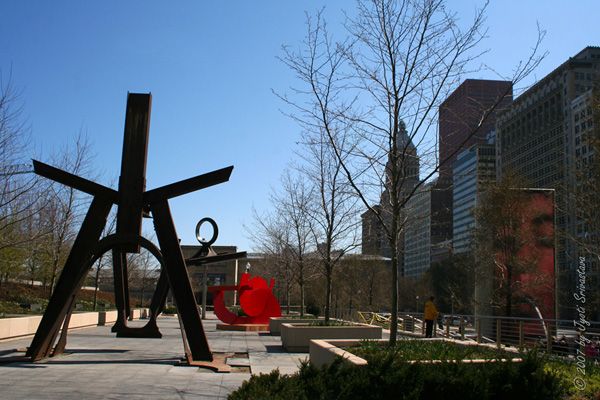 The sculpture features a suspended steel I-beam bent by the artist into a swing that visitors are invited to ride. It’s title refers to the Shang dynasty and is a tribute to the country where di Suvero was born. 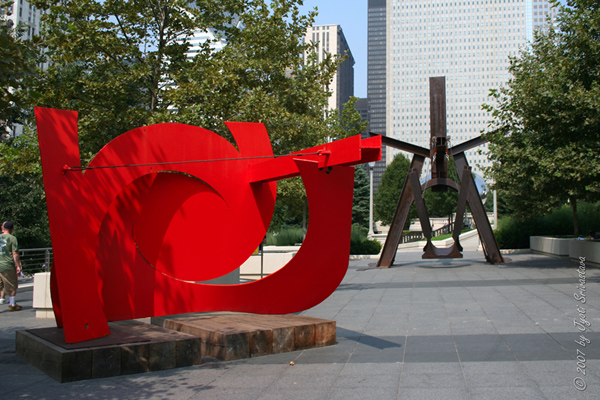 The main body of the sculpture is crafted from a single plate of steel, which Di Suvero cut with a torch, and then pulled into complex configuration. 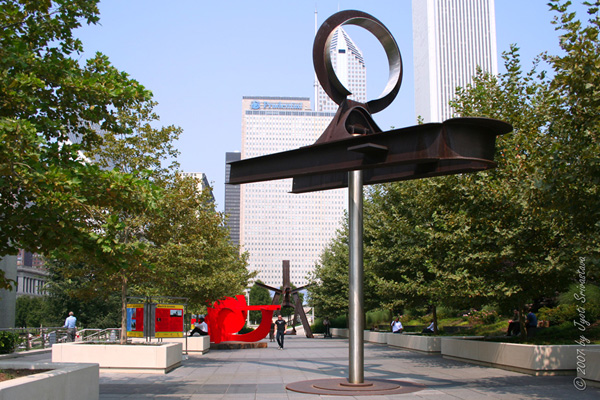 A bent steel I-beam rests high overhead on a bearing that enables it to move in the wind. the five-ton element appears weightless as it spins and rocks gently up and down.