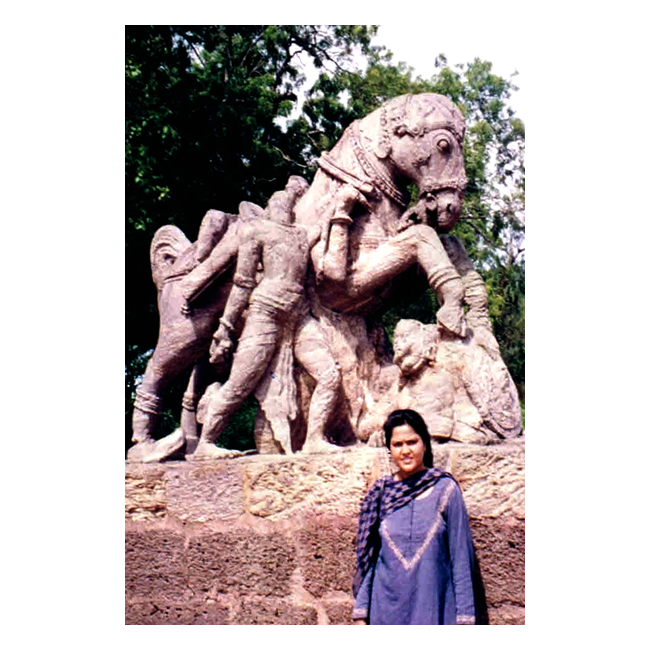 The above image is taken at the Konark Sun Temple. 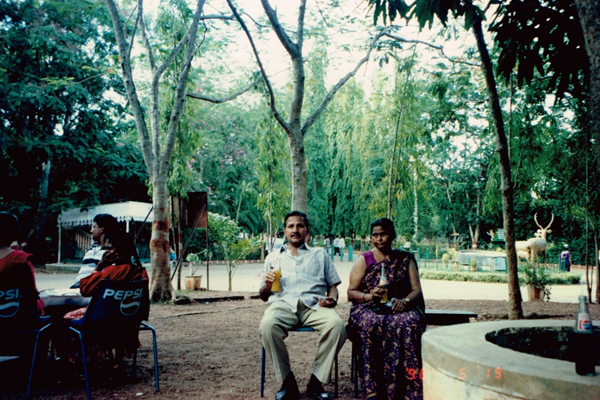 In May 1998, took a trip to Odisha with my parents. With Puri as base, we covered the Golden Triangle of Puri, Konark and Bhubaneswar. The above image is at Nandankanan Zoological Park. We are obviously having Pepsi. the bottle to the right, must have been mine. I believe!

I remember the beaches of Puri, the Jagannath Temple and the Konark Sun Temple very well. But have very faint memories of other places. Photographs with dates have helped me, and of course had to resort to Wikipedia and Creative Commons for some images. 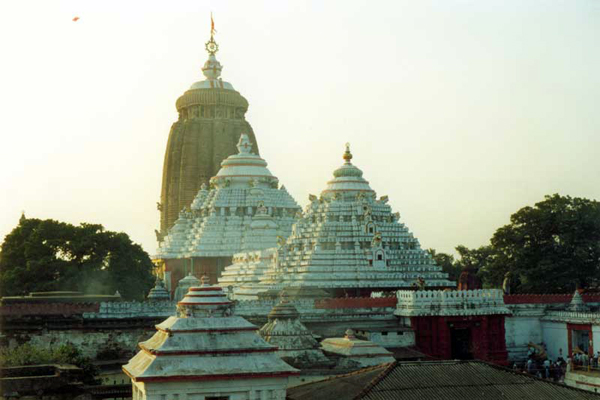 Jagannath Temple, Puri / Odisha / This image was copied from wikipedia:fr.

The Jagannath temple was built in the 12th century during the era of the Eastern Ganga dynasty’s King Anantavarman Chodaganga Deva, a dynasty known for also building the Sun temple of Konark and several major Shaivism temples.

There are four entry gates in four cardinal directions of the temple, each gate located at the central part of the walls. These gates are: the eastern gate called the Singhadwara (Lions Gate), the southern gate known as Ashwa Dwara (Horse Gate), the western gate called the Vyaghra Dwara (Tigers Gate) or the Khanja Gate, and the northern gate called the Hathi Dwara or (elephant gate). These four gates symbolize the four fundamental principles of Dharma (right conduct), Jnana (knowledge), Vairagya (renunciation) and Aishwarya (prosperity). The gates are crowned with pyramid shaped structures. 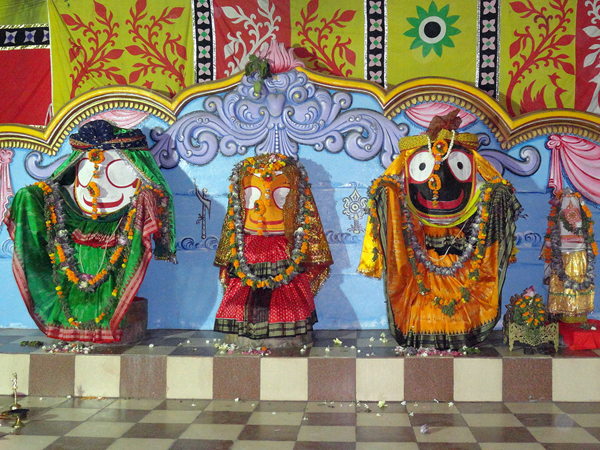 The temple is an important pilgrimage destination and is particularly visited by devotees of Supreme Lord Sri Krishna. The main idols of Jagannath, Balabhadra, Subhadra and Sudarshan. The four deities are collectively called “Chaturdha Murti”. Lord Jagannatha [Krishna] is to the right in black color. Subhadra, his sister, in the center, with yellow hue. Balabhadra, elder brother, to the left, with White complexion. Sudarshana, Vishnu’s Chakra in the form of a pillar. Red in colour.

Even though the icons of most Hindu deities that are worshiped are made out of stone or metal, the image of Jagannath is wooden. Every twelve or nineteen years these wooden figures are ceremoniously replaced by using sacred trees, that have to be carved as an exact replica.

The temple is famous for its annual Rath Yatra, or chariot festival, in which the three main temple deities are hauled on huge and elaborately decorated temple cars. Since medieval times, it is also associated with intense religious fervour.

Interesting facts about the Jagannath temple of Puri.. click here.. 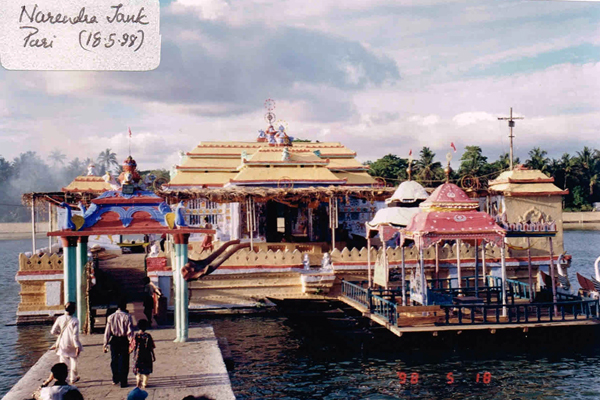 Closely related to Jagannath Temple. Thus Narendra tank is one of the most sacred and pious tanks of Orissa where the lord Jaganatha has his sacred bath. Surrounded with a number of small and large temples this is one of the most sacred tanks which is located at a distance of only 2 kms from the temple of Lord Jaganatha. This benefits the visitors who can get easy access to the lake. 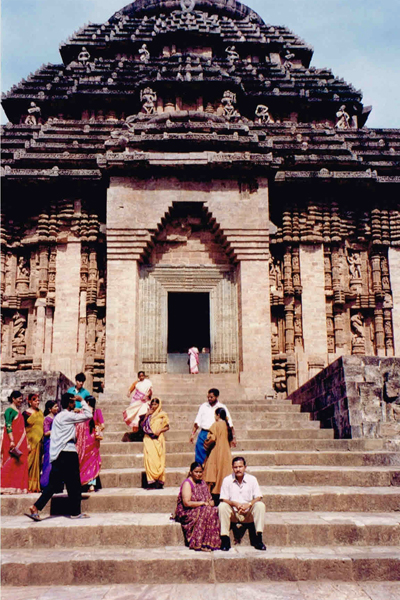 The temple is dedicated to the Sun god Surya. It was also called the Black Pagoda by European sailors. In contrast, the Jagannath Temple in Puri was called the White Pagoda. Both temples served as important landmarks for the sailors. The temple was originally built at the mouth of the river Chandrabhaga, but the waterline has receded since then.

In 1984, the Sun Temple Konark was inscribed by UNESCO in the World Heritage List for its universal cultural value. 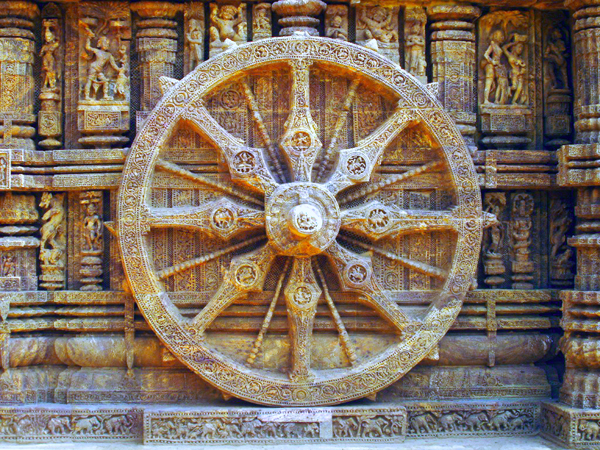 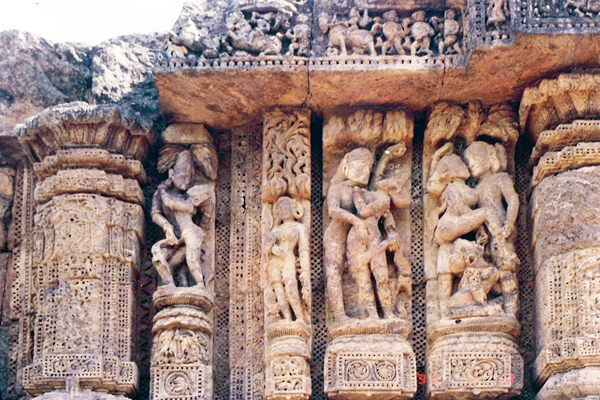 BHUBNESHWAR, Odisha was the third and final stop.

Bhubneshwar is the capital of Odisha, and is often referred to as a “Temple City of India.” With Puri and Konark it forms the Swarna Tribhuja [“Golden Triangle”], one of eastern India’s most visited destinations.

Bhubneshwar along with Jamshedpur and Chandigarh, it was one of modern India’s first planned cities. Bhubaneswar and Cuttack are often referred to as the ‘twin cities of Odisha’.

The foundation of the modern Bhubaneswar city was laid in 1948, although the areas in and around the city have a history going back to 1st century BCE or earlier.

Dhauligiri, near Bhubaneswar, is a historic place. It is the site of the Kalinga War (c. 262-261 BCE), in which the Mauryan emperor Ashoka invaded and annexed Kalinga. It is here that Emperor Ashoka laid down the weapons of Violence, and accepted the life of Ahimsa [non-violence] in the form of Buddhism. Below the hills in the huge rock is inscribed the edicts of the Emperor. One of the most complete edicts of the Mauryan Emperor, Ashoka, dating from between 272–236 BCE, remains carved in rock 8 kilometres [5.0 mile] to the southwest of the modern city. 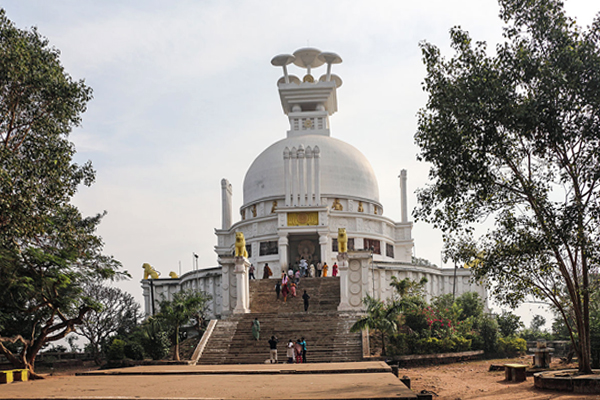 Dhauligiri Shanti Stupa – is one the way as one travels from Puri to Bhubneswar. It is also known as the Peace Pagoda. Since King Ashoka adopted the path of peace and tranquility and resorted to Buddhism, he laid the foundation of Dhauligiri Shanti Stupa at the place which is known for the end of Kalinga War. Here, one finds the edict of Lord Budddha which is visited by numerous Buddhist devotees. There are a number of stupas, chaityas as well as pillars whose foundation was laid by King Ashoka. The construction of Shanti Stupa of Dhauligiri was assisted by Fuji Guruji. 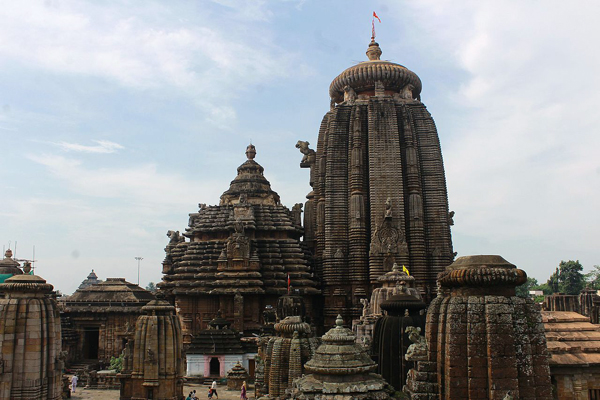 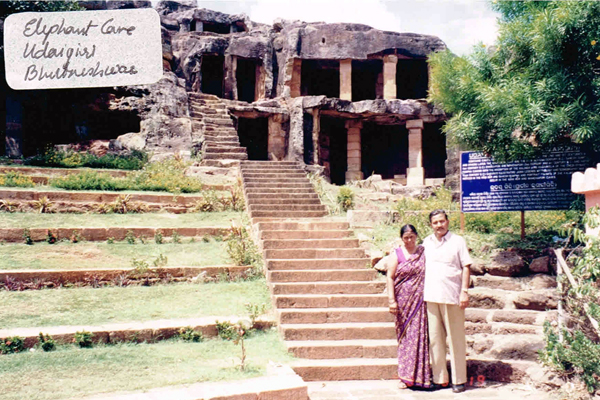 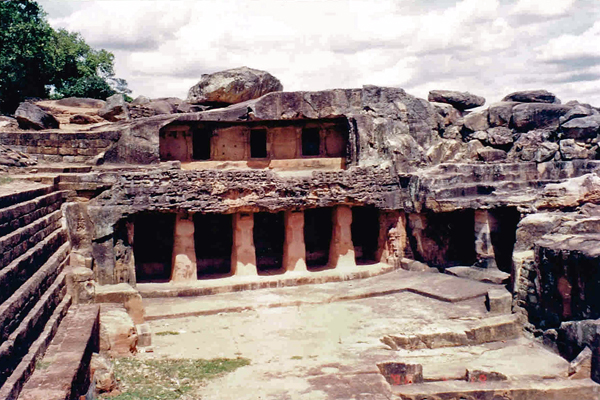