1964: The Beatles US Invasion and Chicago Sculpture Scene 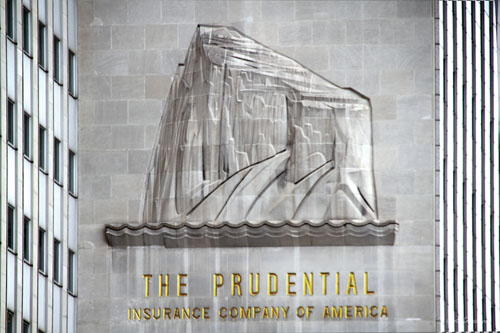 Above Image: Rock of Gibraltar – by Alfonso Iannelli [1955]

This week, everywhere I was hearing about the Beatles US Invasion of 1964!

What was the Sculpture scene in Chicago, at the time of Beatles invasion??

I am fascinated by this period – 60s and 70s – as the baby boomer generation were becoming teenagers and young adults.

CAVEAT:  I am writing this not as someone who knows, but as someone who is very curious about the time-period.  Also this is a very generalized post on a very particular topic [if it makes any sense!].. by a person who was never exposed to Western art scene [in general] and Chicago sculpture scene [in particular], till I came to the US in 2001. So don’t take this post seriously. Just my curiosity got the better of me, as I was wondering what was Chicago sculpture scene when Beatles came to the US!

So coming back to what was Chicago sculpture scene in the late 60s??

At the time of Beatles invasion, Chicago cityscape was yet to be defined by Hancock Center and Sears Tower. However, Prudential Tower was completed in 1955, with Alfonso Iannelli’s  huge Rock of Gibraltar relief on the facade.  Milton Horn was making “Hymn to Water”, for the Central District Filtration Plant [completed 1965]. Picasso’s  sculpture at Daley Center Plaza was yet to be installed, which happened 3 years later in 1967. In 1964, Picasso was finalizing sketches for his Daley Plaza sculpture sculpture in Mougins, France.  Neo-classical and Art-Deco figurative sculptures dominated the Chicago art scene, which was soon to change. Sculptures were usually commemorative..  Downtown Chicago cityscape was beautified by sculptures like  Fountain of the Great Lakes by Lorado Taft [1913],  The Bowman and Spearman by Ivan Mestrovic [1928], The Spirit of Music by Albin Polasek [1923] and  Ceres by John Stross [1928].  Non-commemorative, non- figurative sculptures were yet to populate Chicago. It is widely accepted that Picasso’s monumental sculpture at Daley Plaza [1967] ushered a  new wave of non-commemorative, non- figurative sculptures in Chicago.  However, there were a few exceptions.   As Ira J. Bach would say,  one of the first pieces of sculpture by a contemporary American artist to be put at a public space in Chicago  was “Radiant One” by Richard Lippord, installed in 1958. Another abstract sculpture, “Construction in Space and in the Third and Fourth Dimensions”, by Antoine Pevsner was installed in 1964.

I wonder how my Chicago sculptor friends looked in the 60’s fashion with  mop-top, bell-bottom jeans with tie-dye or batik shirt and swing to Will you still be sending me a valentine…    When I am Sixty Four!